Lots of people get comments on their appearances that they never once asked for. But it feels like girls who choose to wear makeup get a TON of those unsolicited comments. Which is weird, because you might not guess that applying makeup to your own skin would have, like, zero effect on anyone else. But, nope. Apparently, it has life-altering effects, which compels them to speak up and say something to you. And, yes, it’s usually something stupid.

We’d recommend that people mind their business about what you choose to do with your own makeup. But that might be asking too much, ya know? So, at the very least, they should avoid saying these ten things:

1. “I think you look so much better without makeup.” The end of this sentence that they leave off is probably something like, “and like a hideous clown when you do wear it.”

2. “Are you sick?” Every single time you decide to skip your makeup routine, at least one person will ask you this and think they’re being considerate

3. “I prefer to sleep later than to wake up early and worry about makeup.” “I’m so glad for you and your sleep cycle. I really am.” 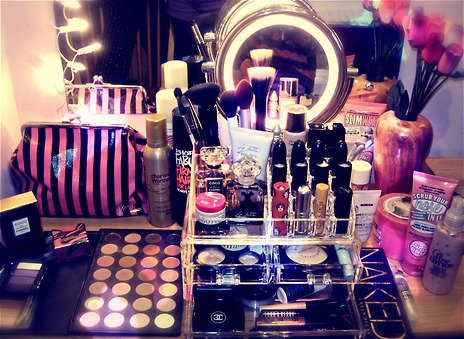 4. “I like girls who look ~*natural*~.” Is that supposed to be constructive criticism, or…?

6. “I don’t care what other people think about how I look.” Yikes, it kind of sounds like they might since they feel the need to make comments like this one.

8. “You’d save so much money if you didn’t wear so much makeup.” “That’s probably true. But guess how much it matters, now that I’m already in possession of ‘so much makeup.’”

9. “Do you go to sleep in all of that?” According to what you tell your dermatologist, no, never.

You are not ready! #MenMakeUp challenge trolls slay queens, badly

Hot or not? Huddah Monroe without makeup

Eric Omondi is the new socialite in town (Photo)

Kiss FM Challenge: Shaffie Weru to doll up on Friday

Lupita Nyong’o: ‘I can love myself without makeup’

‘Staying strong for momma’ Davido shares picture with his daughter

R Kelly pleads to be released over fears of contracting coronavirus...

‘I deal with it as it comes’ Diana Marua on her relationship with Bahati’s...

‘This is how sponyo’s run the economy’ Andrew Kibe shares

‘Shame on you!’ Redsan calls out newspaper for claiming he is a poor performer

‘It’s been a year since I hit rock bottom’ Natalie Tewa surviving break up...