The highly anticipated live-action reboot of The Lion King is set to make it’s world premiere in one week.

Before fans return to Pride Rock, Disney is whipping up excitement with striking new promotional images of the all-star cast posed with their animal kingdom characters.

Beyoncé took to social media to share her own stunning shot posed with her character Nala on Tuesday.

Not typically one for captions, Bey kept it simple and shared just the stunning image to her 128 million Instagram followers.

Set against a black background, the 37-year-old icon is set on the right, in a side profile, looking toward her lioness character who is positioned on the left.

The Grammy winner is glowing in the shot wearing an off-the-shoulder black top with her sandy tresses in waves and pulled into a snatched ponytail.

Both the living legend and her live-action animated character share an unmistakably majestic quality in their mirrored poses. 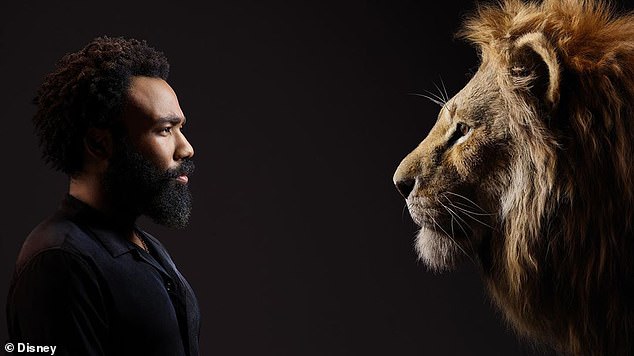 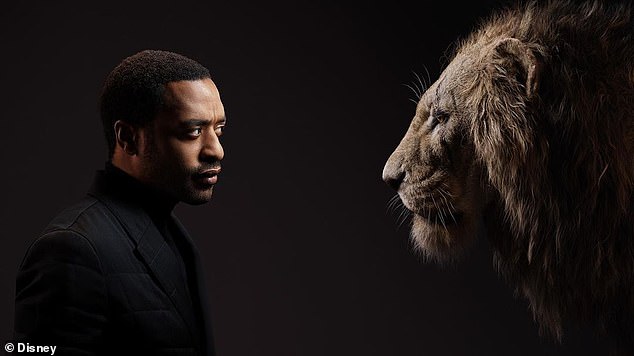 The rest of the cast is posed similarly with their respective characters, highlighting how the special effects crew worked to make the four-legged, furry and winged characters still resemble their human counterparts in many ways.

Donald Glover, who is starring as Simba, is dressed in all black with a full beard in his image and gazes intensely at himself as the lion while an enigmatic look crosses the face of Chiwetel Ejiofor staring toward the battered face of his villainous character, Scar.

Timon, Pumbaa and Zazu are positioned together in one image looking toward Billy Eichner, Seth Rogen and John Oliver who play them, respectively. 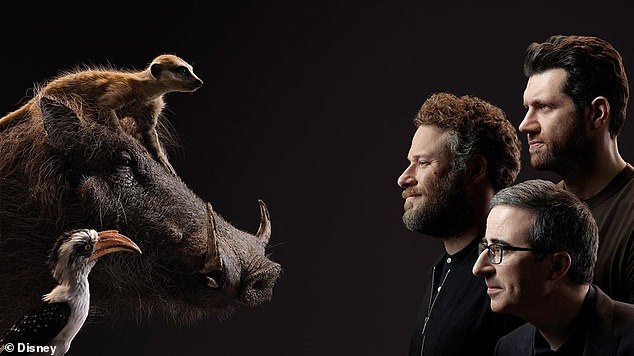 Keegan-Michael Key, Eric Andre and Florence Kasumba are also posed in one shot together with their vicious looking hyena counterparts.

While there is a beautiful shot of actress Alfre Woodard and her character Sarabi, there is no image of her on-screen husband, Mufasa who is played once again by James Earl Jones.

The young actors who play the cub versions of Nala and Simba, Shahadi Wright Joseph and JD McCrary, are also featured the promos. 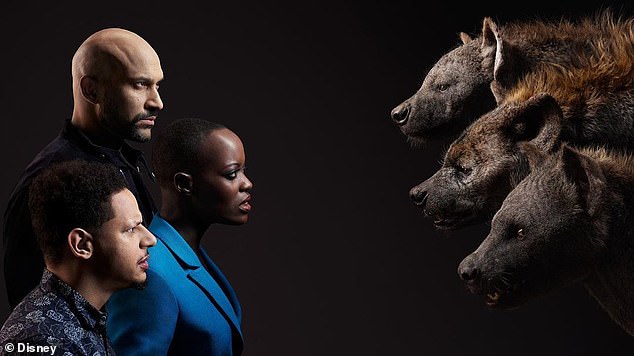 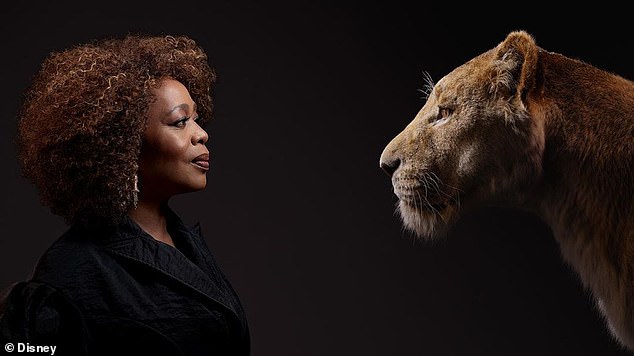 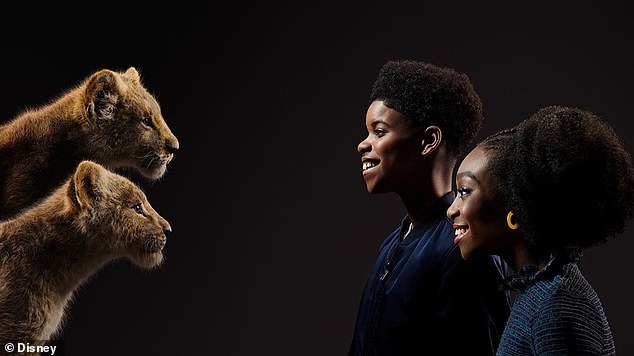 Fans are in a frenzy over the highly anticipated live-action reboot of the Disney flick which first premiered in 1994.

It doesn’t open in theatres for another few weeks but movie ticket service Fandango is reporting that, based on the first 24 hours of pre-release ticket sales, the film is outpacing any other Disney reboot of its animated classics.

Directed by Jon Favreau, the reboot has assembled a particularly impressive roster of celebrities who are lending their voices to the animal kingdom, many of whom are actors of colour – a distinct difference from a mostly white cast in the original adaptation.

‘Growing up we used leaves as tissue paper, ‘ Nyce Wanjeri...

Njambi in ‘trouble’ after announcing she misses being pregnant

‘We keep remembering you,’ Celebrities pay tribute to Kaberere

Popular Nigerian actress in trouble for holding party during lockdown