Caitlyn Jenner has paid tribute to all the dads in her life this Father’s Day.

The former Olympic athlete shared a sweet message on Instagram on Sunday for her sons Burt and Brandon, and also made sure to mention the men in her extended family.

She captioned an album of photos: ‘To all the dads in my life- happy Father’s Day! Starting with my father, a World War Two veteran. Dad, Burt, Brandon, Kanye, Rob, Scott, and Travis – Happy Father’s Day!’ 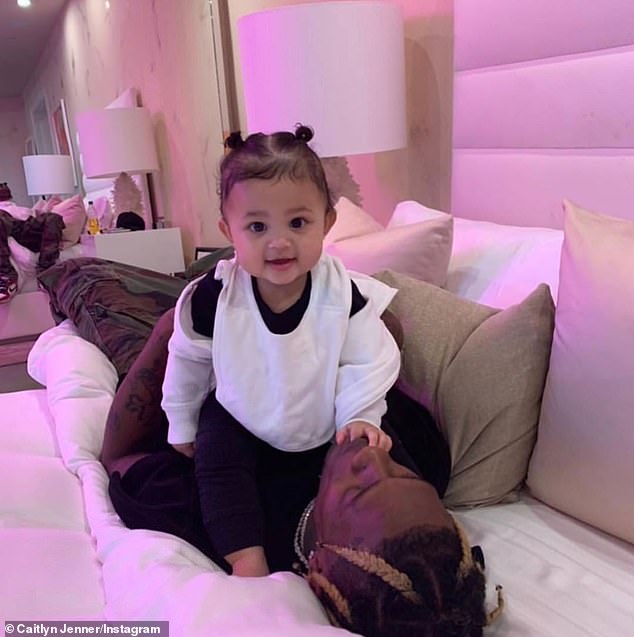 Kylie’s partner Travis Scott was included, with Caitlyn, 69, sharing a cute snap of the rapper playing with daughter Stormi, one.

Kim’s husband Kanye West was in there too – shown giving daughter North, six, a ride on his shoulders. 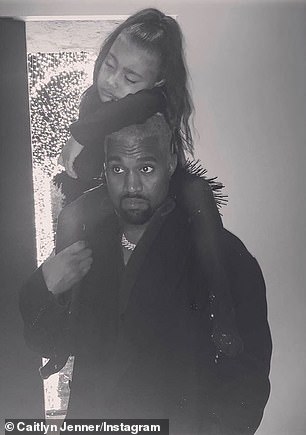 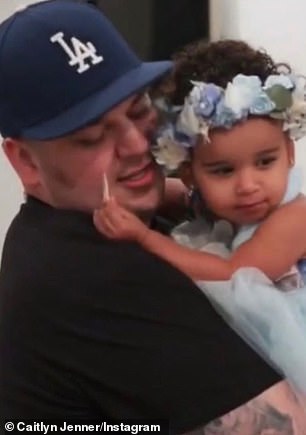 Caitlyn also paid tribute to former stepson Rob Kardashian, who is dad to Dream, and former stepdaughter Kourtney’s ex beau Scott Disick – sharing a snap of him with daughter Penelope.

Her son Burt, 40, was pictured with four-month-old son William Behr, while son Brandon, 38, was seen in a throwback shot with daughter Eva, who is now three.

Notably missing from the group was Khloe’s baby daddy Tristan Thompson, with many of Caitlyn’s followers pointing out the omission in the comments.

It’s perhaps not surprising that the NBA player didn’t get a shout out following his split from Khloe and multiple reports of cheating on her while pregnant with their daughter True.

Tristan was also recently accused of being an absent father by his ex-girlfriend Jordan Craig, with whom he shares son Prince, in court documents unveiled by Radar Online this week.