Chris Brown is going to be a father for the second time.

The 30-year-old R&B singer is expecting a child with his ex-girlfriend Ammika Harris according to a Friday report from Page Six.

This will be his second child as he shares a five-year-old daughter named Royalty with Nia Guzman. 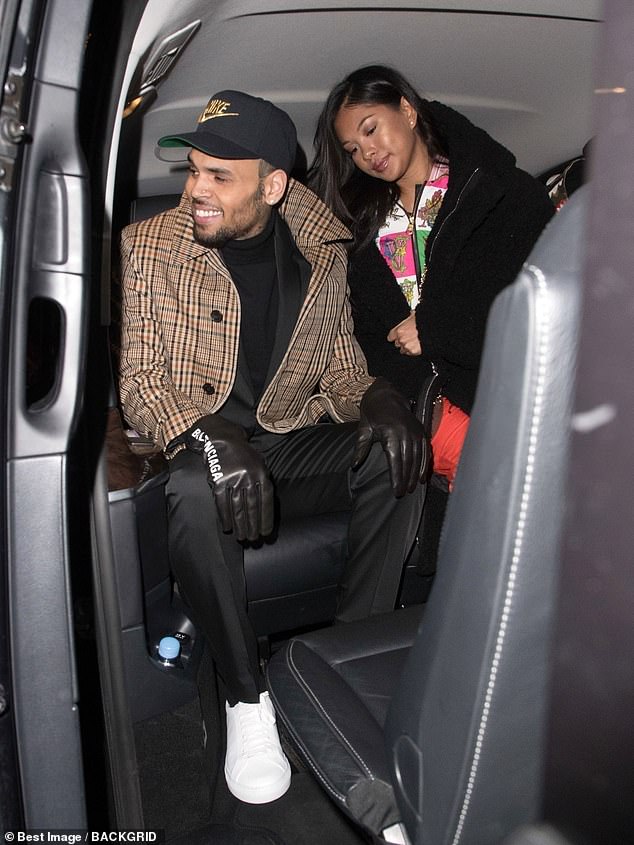 According to the publication, Brown has split with his most recent girlfriend Indyamarie Jean Pelton due to Harris’ pregnancy despite the singer not dating Harris at the time.

Ammika  – who is a model and social media influencer with the Instagram bio which reads ‘blasian with cherokee blood’ – may have hinted at her pregnancy in a recent post just days ago.

In a snap posted on Sunday, she could be seen wearing a baggy blouse dress as she looks down seemingly at her stomach which she captioned: ‘It’s just us against the world.’

According to Page Six, Brown has been commenting on her social media snaps with comments such as ‘my baby mama.’

Ammika was spotted with the Forever hitmaker on several outings in Paris, France back in January.

The news comes after Brown denied being the author of some snide comments that were left by his Instagram account on a photo of ex Karrueche Tran and her boyfriend Victor Cruz.

The scandal-plagued R&B artist took to the scene of the alleged crime, Instagram, to claim the comments were made by someone else on Friday.

In an Instagram story he penned: ‘People going out they way. Leave them people alone and stop creating unnecessary drama!

The message insinuated that some anonymous hacker or hackers were posing at Chris, messaging and commenting under his handle.

He continued with a second post that showed a sham passport with his face on it.

Growing up before our eyes: Chris Brown shows off cute daughter