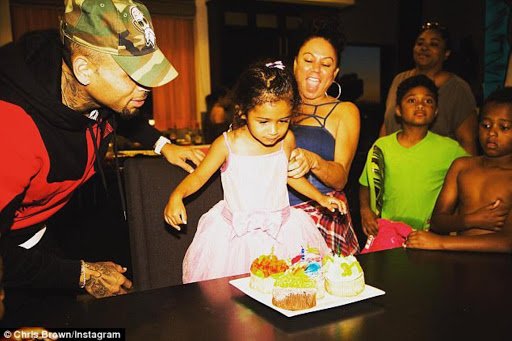 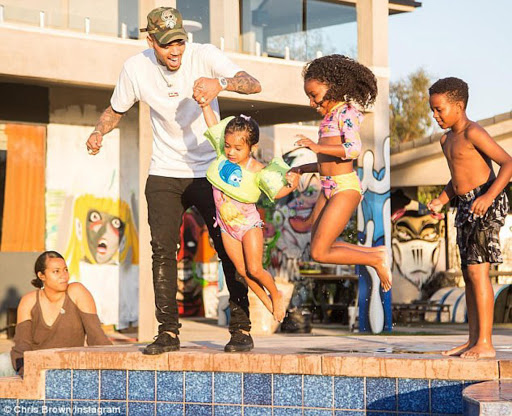 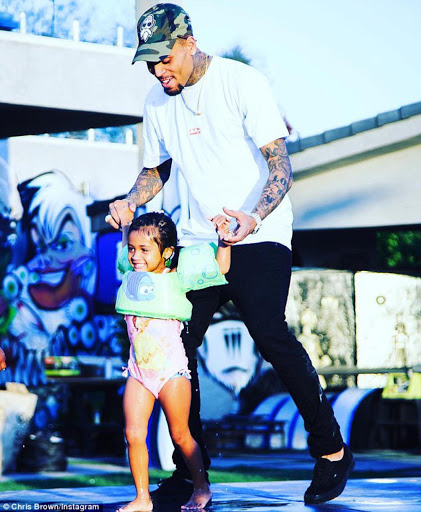 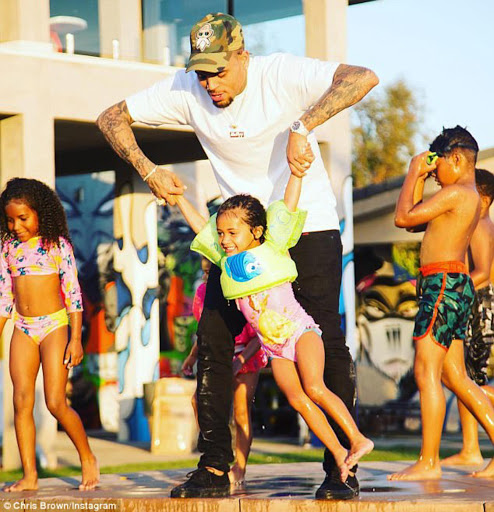 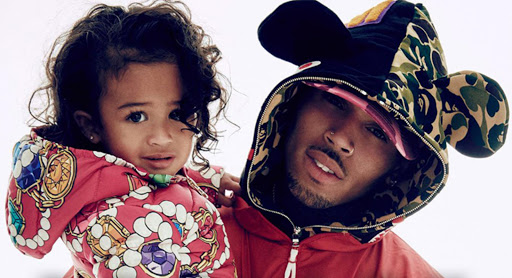 The 28-year-old singer took to Instagram to share moments from the birthday bash with his nearly 40 million followers.

Chris in one snap wore a white T-shirt and black trousers while holding up Royalty by the pool. Royalty wore a pink bathing suit and green floating vest while celebrating turning three at her party.

She switched into a cute pink dress to blow out her candles. Guests at the party were treated to cupcakes and Chris looked on as Royalty picked one out.

Chris also shared a cute portrait of Royalty on Instagram on Saturday making note of her birthday.

'MY BEAUTIFUL BABY GIRL IS OFFICIALLY 3 YEAR OLD!!!! HBD RO RO! I LOVE YOU,' he wrote in the caption.

Chris and ex-girlfriend Karrueche Tran, 29, split in March 2015 when she discovered he fathered Royalty with model Nia Guzman.

Karrueche last month had her restraining order hearing against Chris postponed. She was unable to serve him court papers.

His attorney Mark Geragos told TMZ that Karrueche was 'lying about her abuse at the hands of Chris Brown for fame'.

Her manager Jacob York said it was 'insane' of Geragos to suggest that Karrueche would go through the courts just for press.

Karrueche in March asked for her temporary restraining order against her ex to be extended to three years.

She had accused him of punching her, pushing her down stairs and threatening to shoot her.