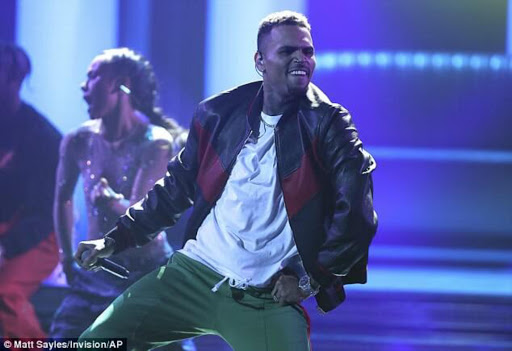 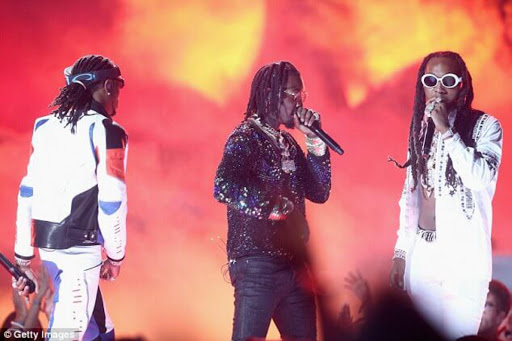 Chris Brown and hip-hop band Migos reportedly came to blows after the BET Awards in Los Angeles on Monday night.

According to TMZ and multiple onlookers on Twitter, a brawl broke out between the two artists and their respective teams in the car park, after they left the Microsoft Theatre at the same time.

The fight comes shortly after rumours began to swirl about Migos member Quavo's relationship with Karrueche Tran - who happens to be Chris' ex.

Chris had been at the event to premiere the music video for his new track Pie, with Future, and perform his hit Party for the crowds.

However after giving an upbeat performance onstage, things soon went awry for the 28-year-old singer - when he came face-to-face with his former friends Migos, formed of rappers Quavo, Offset and Takeoff, upon exit.

The site reports that Chris' team had made the first move by pushing Quavo, which caused their team to step in, resulting in a brawl.

The Beautiful People hitmaker was reportedly keen to stay away from the drama, and simply walked through the fight to make his way to the car.

TMZ adds that the police were called, but the fight had disbanded before they had arrived.

MailOnline has contacted representatives of both Chris and Migos for comment.

Get me out of here: The Beautiful People hitmaker (above) was reportedly keen to stay away from the drama, and simply walked through the fight to make his way to the car

The saga, which appeared to take place in the venue's car park, was also documented by several onlookers on Twitter.

One however appeared to claim that Chris had been the one to stir trouble, writing: 'Basically chris brown was being funny before migos came up to him so he sat around and waited for them to approach. (From what I saw)'

Another user then shared a video from the night, which saw two male figures squaring off to each other and preparing to fight, captioned: 'Migos & Chris Brown or Joe Budden were about to fight? #betawards'

It remains unclear whether it was Chris or rapper Joe who had been involved.

Only adding to the drama, a further witness then shared a short clip of Migos after the fight.

In the video, the three rappers  are seen looking very sheepish and stony faced as they make their way out of the event, flanked by a number of security guards - who held their arms up protectively across the musicians.

While the musicians have worked together in the past, the supposed altercation comes shortly after Quavo's rumoured relationship with Chris' ex Karrueche Tran emerged.

The rumours came two weeks after it was revealed that Karrueche, who dated Chris on and off for five years, asked for her temporary restraining order against him to be extended to three years.

The With You singer was reportedly left disgruntled by her new romance with Quavo, as he had recently helped the band promote their most recent album Culture.

A source said of the matter at the time: 'Chris believes it's no coincidence Karrueche got a restraining order against him at the very time she started getting tight with the Migos rapper.'

Not letting the drama between them faze him, Chris still went on to perform at the event in front of his ex - less than a month after the order was granted, due to his continued threats against her and history of violence.

Ahead of the ceremony, many believed Karrueche would skip the event to avoid any possible encounter with Brown.

A source close to the star spoke to HollywoodLife ahead of the awards, telling the site 'Karrueche is stressing out about the BET’s this weekend.'

'Things have been going well with Quavo, so she wants to be by his side at the awards show. But, she fears that might not be possible.

'Due to her restraining order with Chris, Karrueche fears that there will be a messy run–in between the three of them.'

It is also not the first time that Migos have become involved in a tense brawl this year.

In February, the three-piece were reportedly involved in a fight with Sean Kingston over Soulja Boy in Las Vegas - leaving the singer badly beaten.