Is the marriage of former Auntie boss star over? Nyce Wanjeri's hubby speaks out in pain 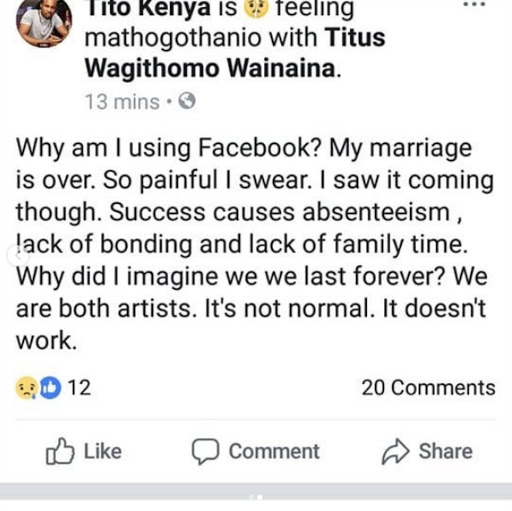 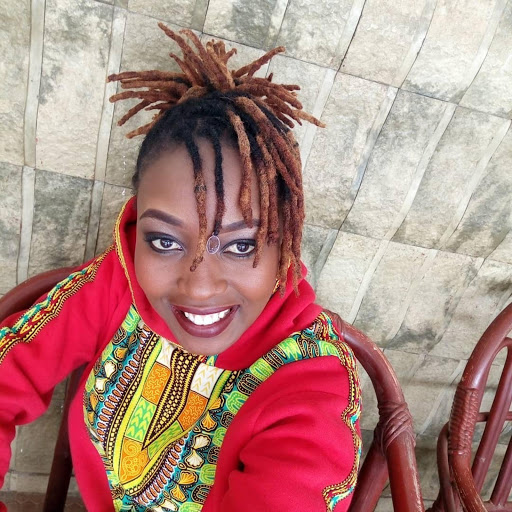 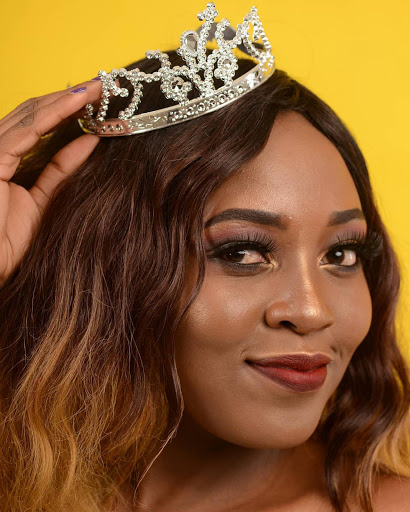 Nyce Wanjeri popularly known to her fans as 'Shiru' and her husband might just not be in good terms.

Her husband, Titus Wanaina who is also a celebrity is popularly known for his role as Wagithomo went out to vent on social media.

Nyce Wanjeri won herself a big award a few months ago as the AMVCA(Africa Magic Views Choice Award) and from her husband, this might her made her a tough wife to be around.

Titus took to social media his frustrations saying his marriage is over! It hurts him because he saw it coming because just after Nyce got all the success she has been praying for, she became an absent wife.

why am i using facebook? my marriage is over. so painful i swear. i saw it coming though, success cause absenteeism, lack of bonding and lack of family time. why did i imagine we last forever? we are both artists it's not normal. it doesn't work

He posted this yesterday was a day after posting a sweet message applauding his wife's hard work and effort to get to where she is now.

They say the darkest hour is just before dawn. How about we get ourselves a copy of this tomorrow and get to know Nyce Wanjeri's story after and before leaving that "TV series " we know.

The post did not last long, he deleted it minutes after. Was his post out of anger?

Sauti Sol and Khaligraph gave us a reality check when they said that success is poisonous. I do hope the two work things out because love conquers everything.

Here is a screenshot of Titus' post confessing to the end of his marriage to Nyce Wanjeri: