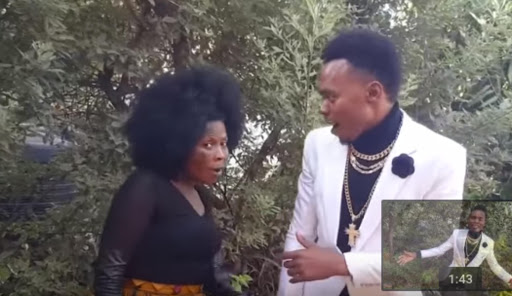 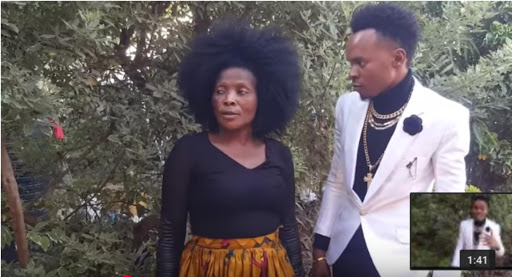 Gospel star Rose Muhando shocked the entire East Africa after a video of her getting exorcised hit the interwebs.

This prompted the Tanzanian Music Foundation (TAMUFO) to issue a statement that read: "We, as an agency, believe Rose Muhando is not demon-possessed, but there is something she is up to.

"As an agency mandated to look into the welfare of musicians in Tanzania, we have decided to seriously look into her claims,” said Stella Joel.

Social media users have raised eyebrows over the video claiming that controversial pastor Ng'ang'a may have staged the entire exercise for publicity.

In the video, Pastor Ng'ang'a is seen addressing his congregation after the intense "spiritual healing":

"Don't forget this is Rose Muhando, the popular and famous gospel star. [The demons] have burnt her hands and spoilt her face, she walked into my office and I couldn't believe it is her. I gave her Ksh 5,000 and asked her to come to the service to be delivered."

Pastor Ng’ang’a later claimed that Rose Muhando did not go through an exorcism but rather a spiritual healing process.

“If anything, I wasn’t casting demons out of the musician," Pastor Ng'ang'a.

Check out the video below if you missed that

Now, it turns out that popular Kamba musician Stephen Kasolo was the one who hooked her up to some influential personalities.

Rose and Kasolo have a song together titled Hautasumbuka Tena.

"I sing in the Kamba dialect because I love this man [Kasolo] so much," Rose told a crowd during a past performance, "He has hooked me up with influential people who have helped me. I know Kasolo as a man of God, honest, humble, loving and a Kenyan super star."

Rose explains why she has changed her name.

"I have gone through a lot, the hardships have given me a chance to build endurance hence the reason you can call me Lioness."

Adding, "My job is to hunt. I'm not scared of anything.When I roar hell knows that sh*t just hit the fan. We will not keep calm till God receives all the glory."

Watch the bizzare video below...