Rosemary Odinga adjusting to a new life after losing her eyesight 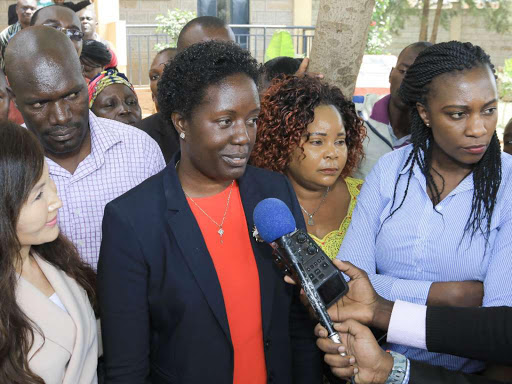 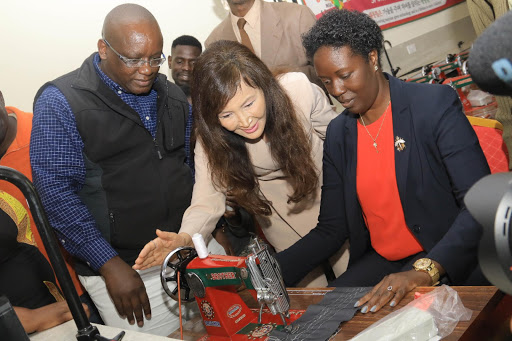 Making her first appearance on Tuesday at the Raila Odinga Educational Centre, Rosemary said she will carry on with implementing projects in Kibera.

She donated 60 sewing machines to the institution. The college will start enrolling women for tailoring courses in January.

“Since my operation and losing my sight, I’m happy people are welcoming and I’m now getting confident in how I communicate and interact with people,” Rosemary said.

Rosemary suffered a minor stroke, leading to her hospitalisation in South Africa in February last year. The illness affected her eyesight and forced her to withdraw from the Kibra parliamentary race last year.

In a past interview seen by , Rosemary said, “My year has been great so far. I thank the Lord for all the blessings. My family and my friends have also been wonderful to me. I can’t really complain. I take a day at a time.”

Rosemary has been off the social and political scene for quite some time.

When asked about the handshake between Raila and President Uhuru Kenyatta, she said, “I have not been active in politics for a while but I think any initiative that works to unite Kenyans and promote economic development is welcome.”

Women trained at the educational centre will get certificates upon completion of their courses.

Rosemary was accompanied by Chang Lee of I Love Africa Organisation. Kenyans wished Rosemary well and thanked her for her courage.

“I love her courage and service to the community even after the set back of losing eyesight. We wish her long life,” a reader Docotolo commented on the Star website.

“Many whose hearts you have touched would have done anything so that you retain your eyesight. Just be strong. You can achieve a lot,” said Gema Sage.

Jalaal Kafkaesque thanked Rosemary for her selfless service to the people. “Empowering our communities is divine, the multiplier effect lift families and generation out of poverty, Kudos for your compassion,” Kafkaesque said.