Mystery of man accused of killing wife, 'We don’t know how he was suddenly rich!' 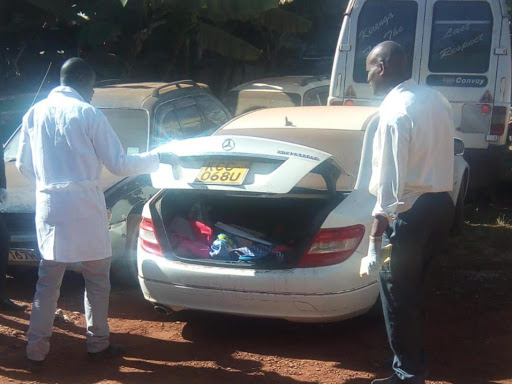 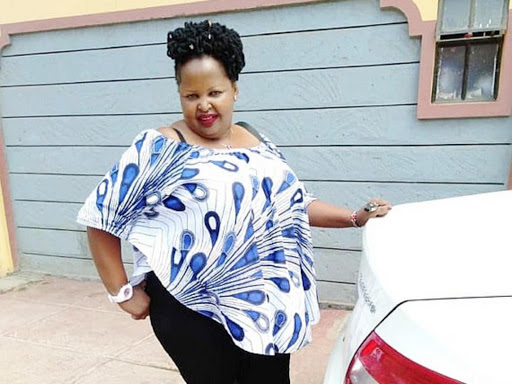 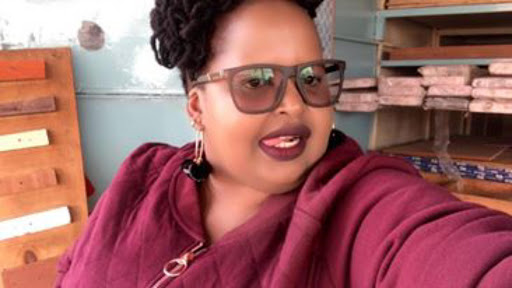 Everyone is puzzled at the mystery behind the man accused of killing his wife and how he amassed a huge fortune overnight.

Word on the street is that he has been actively involved in church projects and made personal donations, his childhood friends say.

They cite the construction of Kamatongu AIPCA Church in Mweiga, Kieni West. Joseph Karue, 41, and his lover, Judy Mungai, are accused of murdering Mary Wambui, 39.

Wambui, a mother of two, disappeared on January 26. Her body was found a day later at Courtesy Beach situated at Mugutha area in Juja.

On Tuesday, they appeared before Kiambu senior principal magistrate Stella Atambo but did not take the plea. Detectives were allowed to hold them for 14 days to complete investigations.

Yesterday, police recovered Wambui’s missing vehicle near a dam in Juja. The Mercedes Benz is being held at Ngewa police post in Kwamaiko village, Githunguri subcounty.

Karue’s childhood friends at Kabui village in Kairuthi sublocation knew him as Mwangi Karue. They were surprised after his photo appeared in the media in relation to the murder.

“He participates in development projects and is the key person behind the construction of Kamatongu AIPCA Church. He’s attended several harambees,” a resident said.

His former schoolmates at Kairuthi Primary in Iria-ini ward, Othaya, Nyeri, say he completed his primary school education in the 1990s, was never a bright child.

They say it is a mystery how his fortunes changed and he managed to accumulate immense wealth. Though he was born in Othaya, his family later moved to Mweiga in Kieni in the 1990s, about 30 kilometres away. His father was an education officer and his mother a bank teller.

The second born in a family of two boys and one girl is a licensed gun holder and at least three of his extended family members work in the armed forces. A resident said two of his uncles work with the DCI and one is a soldier. His younger brother is a police officer.

On his Facebook account, Karue says he is self-employed and studied Business Communications at Kenyatta University. But his friends say he started selling timber at Gikomba market, Nairobi, soon after he completed his secondary education.

One George Wambugu wrote on his Facebook page that the suspect was his schoolmate at Othaya’s Kenyatta High School, Mahiga, the class of 1999.

Another resident said Karue later joined the matatu sector and had some PSVs plying the Jogoo Road-Buruburu-town, Nairobi. He also supplied electric poles and his friends believe this could explain his wealth.

“We don’t know how he became suddenly rich. At 41, he is so rich and far-much ahead of his agemates,” one childhood friend said.

Karue’s wife drove a Mercedes and operated a hardware store in Kahawa West. Karue does not frequently visit his ancestral home in Othaya. The only house he has there is timber-walled. He owns a palatial home in Nakuru town near Afraha.

According to media reports, the girlfriend stayed in a rented house. She paid Sh60,000 per month.

“No one else in his immediate family is as wealthy as he is,” one friend said.

He said Karue is an introvert, only shares his thoughts with people he knows so well.

About seven or eight years ago during Christmas, he threw a party to his Othaya village residents. Meat and alcohol were in plenty.

On Tuesday, the court heard that Wambui left her residence at Safari Park Gardens for Kahawa Sukari where she owned a hardware when she vanished. Her body was found a day later at courtesy beach situated at Mugutha area in Juja with visible head injuries.

Police said they arrested Karue and Mungai after blood stained clothes were recovered at the woman’s house at Four Ways estate along Kiambu Road. The two are believed to be lovers. Police said Wambui was killed elsewhere and her body dumped in Juja.

Constable Cornelius Arwasa said a postmortem was yet to be conducted. Potential witnesses have also not recorded statements. He said CCTV footage were yet to be retrieved from Homeland restaurant and Fourways estate where investigations captured the movement of the two. They will be held at Juja police station.

Wambui’s body had a deep wound in the head. Police said it was inflicted with a blunt object. Her hands had bruises.