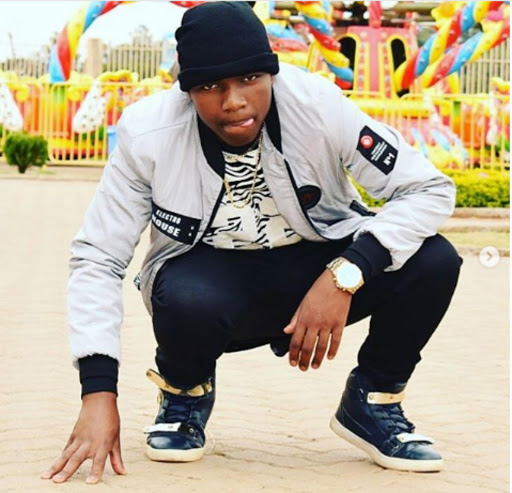 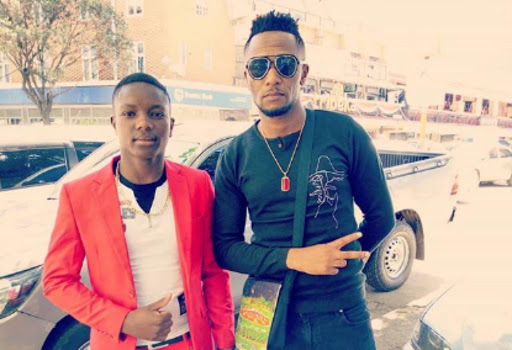 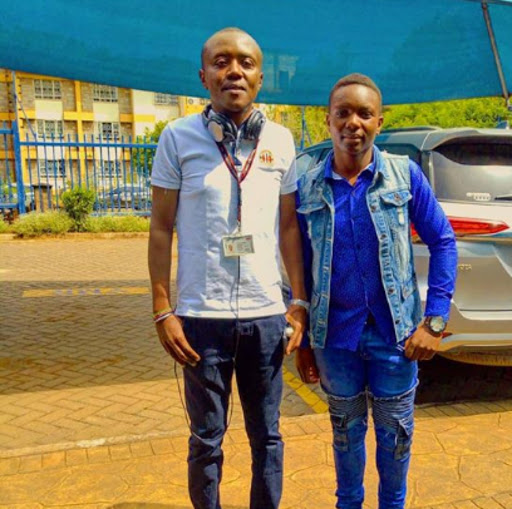 A teenager identified as Antony Muchori is thanking radio king Maina Kageni for helping him complete his high school studies and being supportive.

The Nyahururu High School alumnus, who scored a plain B (66 points) in last year's KCSE exam, said life hasn't been easy, but he thanks Maina for lifting his soul.

"Maina is a fatherly figure, humble and down-to-earth. He doesn't like publicity and is a kind-hearted man. Many think he's a snob but once you approach him, you'll be surprised by his humbleness," Antony, 19, said.

After scoring 378 in KCPE, Antony was called to join Mang'u High School. He was unable to join the school because his parents could not afford the school fees.

"I joined form one at Keruguyo Boys in 2014 but left the school in third term because I owed the institution a lot of money. In 2015, I moved to a private school and my parents really struggled to pay my school fees," he said.

"I also depended on bursary funds and would beg politicians to pay my school fees. At the end of form two, I left the school."

Things became unbearable in 2016, and he was forced to stay at home the whole year. In 2017, a Good Samaritan, former Kipipiri MP Samuel Gichigi, came to his rescue, paying part of his form three school fees at Nyahururu High School.

The school's principal, Andrew Karimi, was lenient and never him sent away for school fees both in form three third term and form four first term.

"Come second term 2018, I had arrears of Sh38k, which I was supposed to pay before sitting the main exam. With no one to help, I had given up and at one point, I told myself that it would be better if I study from home and show up at school just to sit for KCSE," Antony said.

He thought about it for long and decided to travel to Juja, where his aunt stays, to try to reach out to his mentors to help him achieve his dream.

"I remember it was on a Tuesday morning early May when I left my aunt's house at 3am, just to get to Nairobi in time and meet Maina Kageni before he left the studio," Antony said.

"I visited him uninvited and immediately after his show, I followed him downstairs and narrated to him my story. He asked me details about my county government and promised to talk to them so they could help," Antony said.

At the end of the day, no one communicated, so he went back the following day on Thursday and Maina promised him again that this time round, someone from the senator's office would communicate before night fell. Still, he got no response.

The ambitious teenager said on the following Friday, he came fully dressed in school uniform and arrived early before Maina got into studio.

"I waited for him at the reception and when he saw me again, he knew I was serious," Antony said.

"This was my third day visiting his workplace in a week and this time, he spared some time to go through my report forms. He promised to help the following Monday if no one from the county's office reached out to me."

The weekend passed and no one had reached out to him and he was ready to sell his mobile phone, the only asset he had, just to go back to school.

"I wanted to sell it at Sh7k so I could take some amount to school and be in class and revise for the exams," he said.

On Monday, Antony left Juja fully prepared for school. It was raining heavily and upon reaching Maina's workplace, the presenter was shocked to see him around.

“‘Kijana hujarudi shule?’ Maina asked me. I told him no one contacted me and I just wanted to let him know I was going to sell my phone and would be unreachable,” he said.

"But he told me, 'Don't do that'. He asked me to wait for him at the reception as he parked, and after a few minutes, he came and gave me Sh38k cash. He told me to go to the bank and go to school and bring the receipt when school closes."

Adding: "I was so emotional I cried. Maina calmed me down and told me to go and study hard."

That same Monday before he went back to school, the governor called him to his office and paid the third-term school fees.

"He gave me a cheque of Sh34k. I informed Maina about it and he was happy," he said.

From there, Maina kept tabs with him and whenever he came back for midterm or after closing, he would meet him and show him his report cards. "He was always impressed and encouraged me to work hard," Antony said.

He said he was motivated and Maina is going to pay his college school fees (graphic design course) before he joins university in September.

Antony, who is now a trained photographer, says the tough challenges he has gone through in the hands of the administration have inspired him to join politics. Come 2022, he will vie for Kipipiri parliamentary seat in his constituency.

"I want to represent my people so that no needy student goes through what I went through. I will ensure the government is keen on CDF disbursements and fights poverty through educating my constituents," he said.