'I don't care about anything anymore...' Cardi B talks postpartum depression 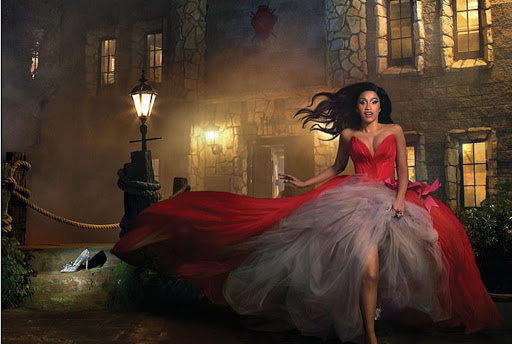 Cardi B
Cardi B revealed to Harper Bazaar that she struggled with postpartum depression following the birth of her daughter Kulture in July.

The 26-year-old songstress tried to 'avoid it' before welcoming her little girl into the world, but was ultimately overcome by the condition which reportedly affects millions of women each year.

'I thought I was going to avoid it,' she told Vanessa Grigoriadis in Harper's March issue.

'When I gave birth, the doctor told me about postpartum, and I was like, 'Well, I'm doing good right now, I don't think that's going to happen.''

Despite her optimism heading into the pregnancy, Cardi admitted that her feelings changed once Kulture was born and 'out of nowhere, the world was heavy on my shoulders.'

In addition to facing mental hurdles, the Bronx-born beauty struggled with her self image post baby.

'For some reason, I still don't feel like my body's the same,' she said. 'I feel like I don't have my balance right yet. When it comes to heels, I'm not as good at walking anymore. I feel like I'm holding a weight on me.

'I don't know why because I'm skinnier than I've ever been. But there's an energy I haven't gotten back yet that I had before I was pregnant. It's just the weirdest thing.'

Cardi's incredible year was marred by the downfall of her marriage to Migos rapper Offset following cheating allegations.

'I decided on my own,' she said of leaving her husband. 'Nobody makes my decisions about my life but me. I didn't want to go to marriage counseling. He suggested it, but it's like, 'I don't want to go.' There's no counselor or nothing that could make me change my mind.'

Her struggles have only made her stronger and the in-demand star is well aware of her success.

'I feel like my life is a fairy tale and I'm a princess— rags to riches, people trying to sabotage,' she said.

'Before, I cared about everything—relationship, gossip. Now I don't feel like I have the time to please people. I don't care about anything anymore—just my career and my kid. Well, I care about my career because of my money.'

She gave a huge shoutout to the Harper's team with an Instagram caption, 'Thank you so much to Glenda and the entire team for choosing me for the cover of @harpersbazaarus! Who would have thought?'

Cardi's debut album Invasion of Privacy was released in April and quickly rose to the top of the charts, earning her five Grammy nominations.

She said on Instagram last month that plans are in the works for an album in 2019, but she's hesitant to release a date.

"I don't know how possible that's going to be because I feel like I'm gonna be extremely, extremely busy,' she admitted.