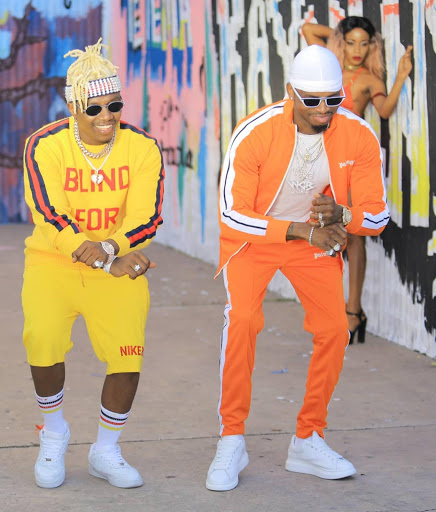 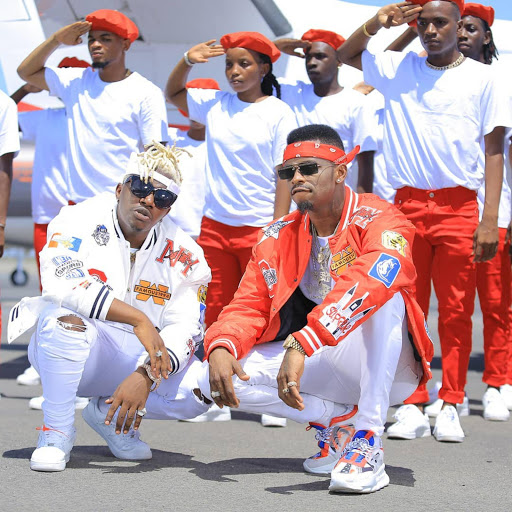 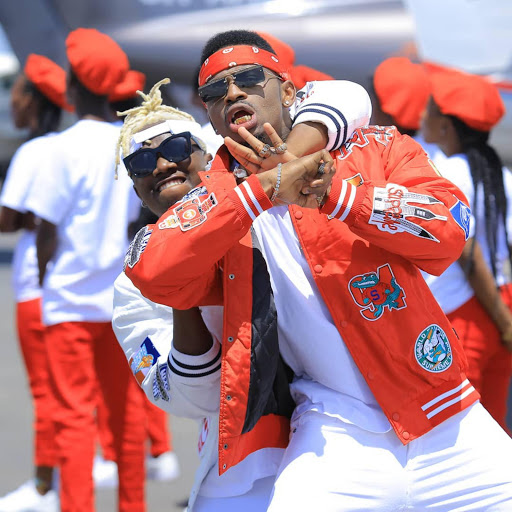 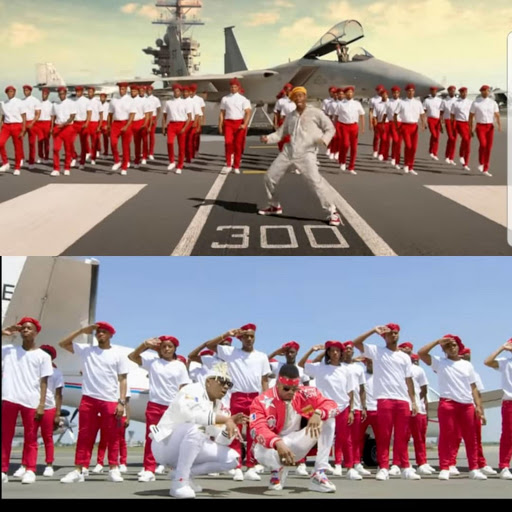 Diamond Platnumz and Rayvanny are making headlines after releasing a killer hit, 'Tetema' that has kept many on their feet. Despite it being a killer hit, the two have been accused of not being creative enough to come up with their own concept for the video.

Now, at the beginning of the video, at the 0:15 mark, one can see a group of guys dressed in white and red standing in front of a plane.

This same formation has been seen in another video by an international artiste by the name Tyler the Creator in his song 'See you again'.

Another thing we have come to discover is that the beat of 'Tetema' is a refix of Nigerian artiste Olamide's jam, 'Motigbana'.

Both see 'See you again' and 'Motigbana' were released last year and 'Tetema' was released two days ago.

Now, many have been wondering if this could be a copyright issue, while others think that ideas can be shared and not seem like they are stolen or copied. Well, we will just have to wait and see how all this unfolds.

In the meantime, check out our reaction video to the two music video and give us a take on what you think.