'I had just undergone a laparoscopy for ovarian endometriosis' Janet Mbugua 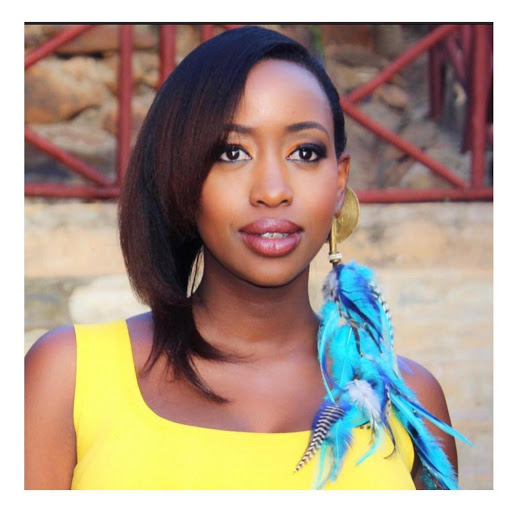 janet mbugua 1
Endometriosis is actually a big problem that many women are suffering from, including our fighting champion Jahmby Koikai and now Janet Mbugu who has introduced a three-part series of her story.

The first part of the series dubbed #3DaysOfYellow has moved many.

Janet Mbugua shared a photo wearing a yellow dress from 2015 and explained her struggle as a woman. She revealed that she underwent laparoscopy for deep ovarian endometriosis in 2005.

She would experience severe pains during her periods and at a time could miss classes or even going to the office.

Janet Mbugua revealed that she was put on birth control and continued using it except for the period in which they were trying for a child.

She also said that if she doesn’t take my medication, she struggles during her period.

DAY 1 – THIS WAS ME IN 2015. TEN YEARS EARLIER, IN 2005, I HAD JUST UNDERGONE A LAPAROSCOPY FOR DEEP OVARIAN ENDOMETRIOSIS, ALSO KNOWN AS ENDOMETRIOMAS OR OVARIAN CYSTS. IT CAUSES THE FORMATION OF CAVITIES WITHIN THE OVARY THAT FILL WITH BLOOD. IT HAD BEEN YEARS, LITERALLY SINCE HIGH SCHOOL, OF PAINFUL, PROLONGED PERIODS THAT SOMETIMES RENDERED ME UNABLE TO GO TO CLASS OR TO THE OFFICE, ESPECIALLY DURING THE FIRST FEW DAYS OF MY CYCLE.

FINALLY GETTING A DIAGNOSIS WAS SUCH A BREAKTHROUGH AND I WAS PUT ON BIRTH CONTROL THEREAFTER AND HAVE HAD TO CONTINUE USING THIS, EXCEPT FOR THE TIMES WE WERE TRYING FOR A BABY. UNTIL TODAY, IF I DON’T TAKE MY MEDICATION, I’LL STRUGGLE DURING MY PERIOD. ENDOMETRIOSIS AFFECTS AN ESTIMATED 1 IN 10 WOMEN DURING THEIR REPRODUCTIVE YEARS (IE. USUALLY BETWEEN THE AGES OF 15 TO 49), WHICH IS APPROXIMATELY 176 MILLION WOMEN IN THE WORLD. SO, LET’S WEAR YELLOW AND STAND WITH ENDO WARRIORS LIKE @ELSIE_ODHIAMBO @JAHMBYKOIKAI AND MANY OTHERS. LET’S TALK PERIODS AND MOST IMPORTANTLY, LET’S TALK PERIOD PAIN. BECAUSE LADIES (AND GENTS), A VERY PAINFUL, PROLONGED PERIOD IS NOT NORMAL.

Janet’s story has generated a debate on period pains, early detection and its management.
Jahmby Koikai has gone through the most from multiple surgeries, to managing pain and its side effects, but she sis soldering on. She is determined to overcome the condition, in turn inspiring other female celebs to join in.

Today Janet Mbugua went on to educate and raise awareness on Endometriosis and its side effects.

Endometriosis is an incurable but manageable gynecological condition. Symptoms are generally present during the reproductive years.

The pain and other symptoms can affect different areas of life, including the ability to work, medical care costs, and difficulty maintaining relationships. Symptoms of endometriosis include:

Bowel and urinary problems including pain, diarrhea, constipation, and bloating

Spotting or bleeding between periods

(Info courtesy of Medical News Today).have these symptoms? Have you seen an OBGYN? Done an ultrasound? How are you managing your symptoms? Please get treatment where you can

As Jahmby says, periods should not be painful.