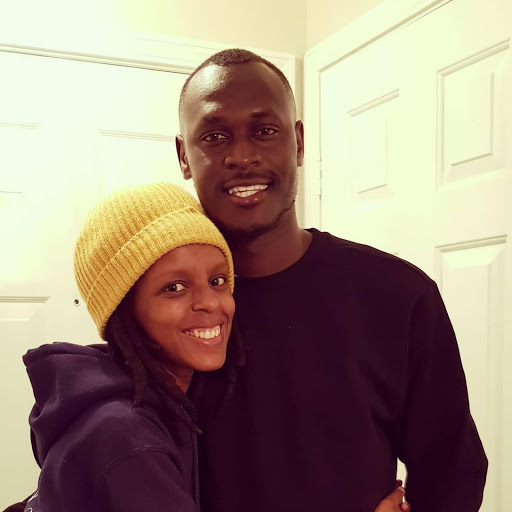 jahmby and king kaka
King Kaka has been on tour promoting his new album Eastlando Royalty which he has featured a lot of international artistes including Tracy Morgan and Romain Virgo.

While in the USA, he took time to pay a visit to ailing Jahmby Koikai who is in America for treatment. This kind gesture put a smile on her face, more so because of Kng Kaka's girl child campaigns on sanitary towels.

guess who paid me a surprise visit? [email protected] Thank you so much for the love and support. Much respect for your Bank on Me Sanitary Towels Campaign. It was great discussing endometriosis with you. Great kuona maze vile umekuwa international bro. King Kaka was the designer of our posters back in the day when we were at Taveta Road and Luthuli when he was Sugura. Much love Sunguch.  thanks for visiting me. do you know how much I miss home? thanks, and God bless you and at thanks for the surprise visit @benachi_mwanake

He even gave a summary of his hustle before fame and thanking her for supporting him when he was starting out.

My Diary  Atlanta Georgia 23:33 One of the greatest moments of my visit in America is meeting @jahmbykoikai . Years back when Kaka Empire was a dream I used to design posters at Luthuli Avenue and Jahmby believed in my designing skills, I made posters for her Reggae shows. Today I am so proud of you, you’ve grown to be a very strong lady, I am praying for you.

Just like King Kaka who is trying to help girls access sanitary towels so is Jahmby trying to raise awareness on endometriosis so they are all working for one goal, to make menstrual periods bearable.

Thanks for sharing information on #endrometriosis I will definitely incorporate it in the King Kaka Sanitary Bank Campaign. Remember God’s purpose. Nakupenda we are almost there.