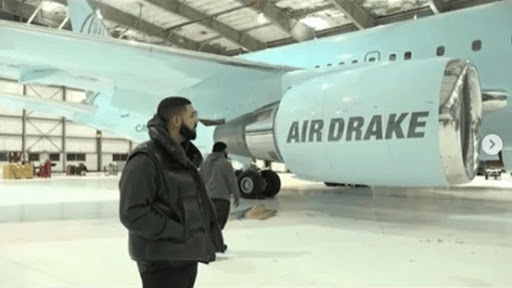 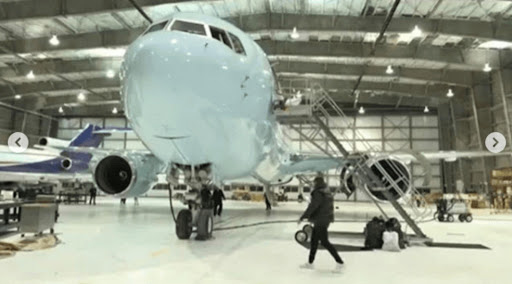 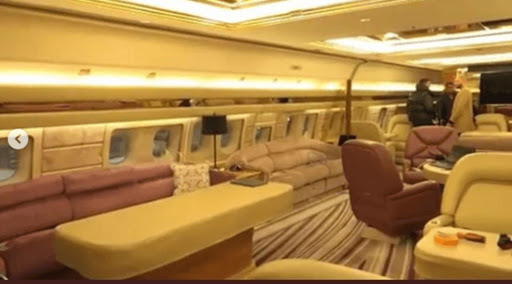 now owns a massive Boeing 767 cargo plane - despite once rapping about the dangers of climate change on the polar ice caps.

The 'Trophies' rapper unveiled his new possession on Instagram Friday and the aircraft features his OVO owl symbol, along with the moniker 'Air Drake.'

OVO stands for Drake's company - October's Very Own - and for his record label OVO sound.

The 32-year-old Grammy winner took viewers on a quick tour of the plane's interior. Inside the plane are luxury gold and brown sofas adorned with gold walls.

'And all the cops are still hangin' out at the doughnut shops,' he says in the song. 'Talkin' 'bout how the weather's changin. The ice is meltin' as if the world is endin.'

'No rental, no timeshare, no co-owners,' he proudly boasts as he shows off his new plane.

He stated: 'That guy made it happen right there, that's the man.'

The unveiling of the plane comes after news broke that Drake had partnered with the Canadian company.