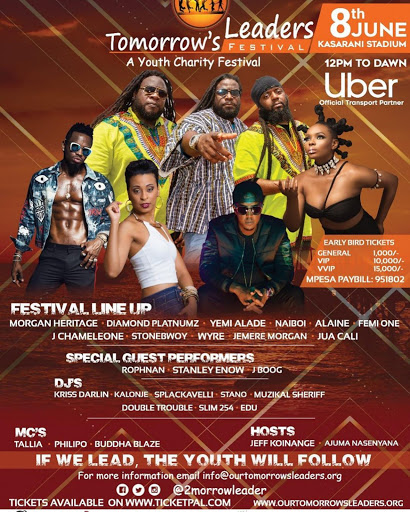 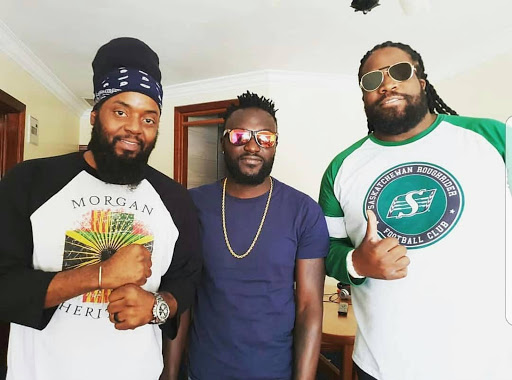 Morgan Heritage is in Kenya to organize the biggest concert ever.

They have hooked up with major artistes from 9 countries to help organize a charity event.

Morgan Heritage - made up of Mojo, Peetah and Gramps dropped by the Kiss FM studios on Breakfast With The Stars with Adelle to give their fans details on Tomorrows Leaders Festival.

So how did they come up with this and even get all these great artistes on one stage?

we have a relationship with each artiste.  either from sharing a stage or we have worked on a collabo or we have written and produced a song for them

we saw Naiboi at Wasafi Festival because I thought he is Wasafi then I jumped and said this guy is going to be the next big thing. I asked to meet him and we met and started working on this project

I saw Chameleon at Koroga. Kenya is a place we have found a lot of talent so I would advise Kenyan artistes to keep doing their thing and find their sound

Morgan Heritage really emphasized on Kenyans finding their sound. A sound that can be identified easily.

we need to preserve the native music and stop adapting to international rhythms. Kenyans need to embrace a certain sound.

That is why most of the artistes performing at The Tomorrow Leadership Festival are Kenyans. They want that voice to be heard because they have a beautiful sound. They mentioned the Kikuyus, Luo's, Kamba and Kalenjin as some of the sounds they have heard and fallen in love with.

The other thing Morgan Heritage want to work on is to help curb tribalism. They just want to create awareness and a conversation on the next leaders in Kenya.

we want to show Kenya is one, and that's what we want to show. We want to rise above tribalism. For the Older generation, they have grown up with the tribalism mentality because it is hard to bend an old tree and easier to start with the youth to help grow a new generation.

Under their foundation, this year's brand ambassador is a young guy who is the perfect example of grass to grace.

the ambassador for The Morgan Heritage Foundation is a guy who used to sniff glue as a street boy in the ghetto and now he is 6 months away from getting a pilot license.

Music is now being used to create positive growth in leadership.