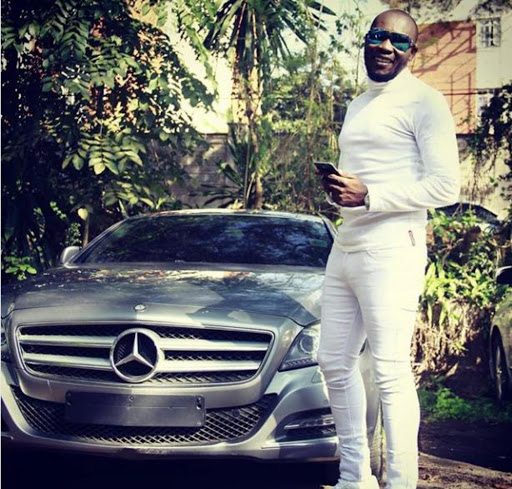 Daddy Owen's new car
It would seem Kenyan celebrities keep joining the Mercedes Benz club. Last week, we spoke about Willis Raburu and the sleek Mercedes he was modelling next to his:

Otile Brown has one, DJ Hypnotiq has one and so does Willy Paul. I am genuinely beginning to think I joined the wrong line of work! The vehicles I am yammering on about are actually some dope Mercedes Benzes and you can understand why Daddy Owen decided to show his off.

It was accompanied by a simple caption that actually came off as a try-hard move.

Sijaanzisha church bado....my body is the temple of God.. His favour is upon me.. His Grace is sufficient.. am not better than anyone.

This I feel is the same equivalent as the lasses who post photos of their derriere with a Bible quote acting like the two are connected. You think not? Check out the photo of what he posted:

Then again, this is just a weird flex but a flex none the less.