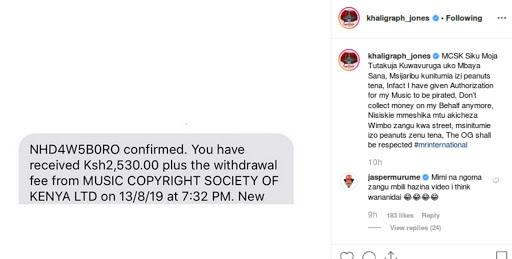 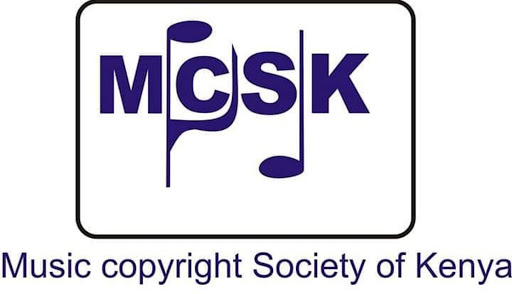 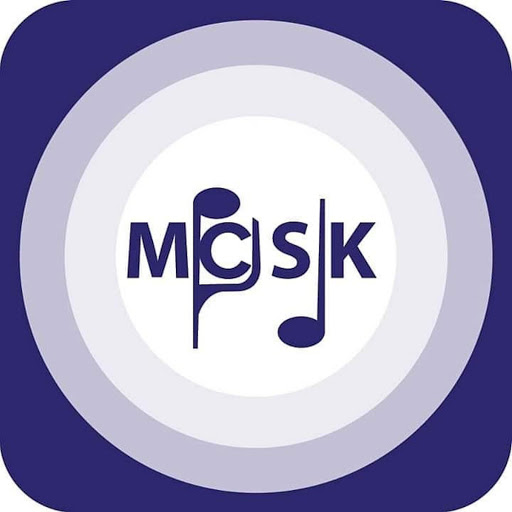 Music Copyright Society of Kenya (MCSK)  is registered under the Companies Act (Cap 486 of the Laws of Kenya) as a Company Limited by Guarantee.

They have been at war with Kenyan artistes for the longest time when it comes to paying out royalties. Every year comes with a different complaint from the artistes because they always feel devalued despite their hard work.

Several Kenyan artistes woke up to Mpesa messages with an added ksh2530 in their accounts from MCSK as royalty.

The few Kenyan artistes who have taken to social media to share their Mpesa payments are all lamenting. The funny thing is that they are the biggest artistes in Kenya with their songs on replay all over radio, clubs and even in matatus yet they are earning peanuts.

The likes of Khaligraph and King Kaka who international artistes are worried that this is what they are earning yet music is their source of income. How can one build a house, feed a family with ksh2500?

MCSK has responded to King Kaka's tweet and they blankly put it out there that they have not received any money from any broadcasters who exploit local music. And so the best way was to do a general distribution because following the scientific distribution will lead to Kenyan artistes receiving close to nothing.

we made a general distribution because if we strictly followed scientific distribution then 70% of the money collected will be paid to the international societies. We all know that Kenyan music recives little airplay. The figures you'd received would be less

The music body has over 13,000 artistes meaning they distributed over 35 million this quarter.