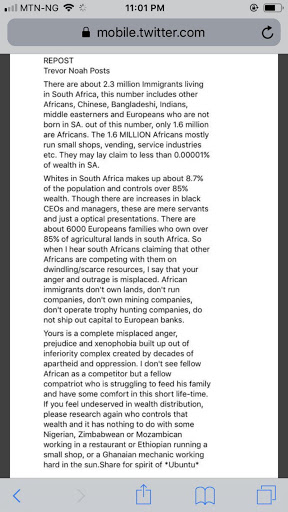 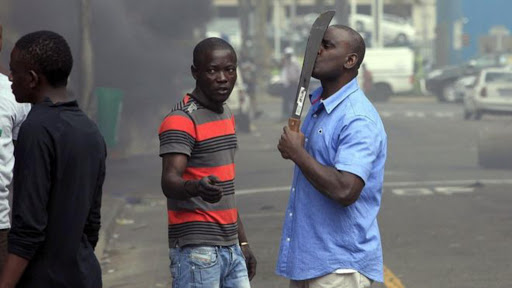 Xenophobia is the fear or hatred of that which is perceived to be foreign or strange. Xenophobia can involve perceptions of an ingroup toward an outgroup and can manifest itself in suspicion of the activities of others, and a desire to eliminate their presence to secure a presumed purity and may relate to a fear of losing national, ethnic or racial identity. -

Xenophobic attacks have flared up again in South Africa and the indigenous, black South Africans are attacking their fellow Africans. The photos and videos of the incidences of attacks are so horrific, we at Kiss 100 have decided not to share them.

While the media has largely portrayed the xenophobic attacks as a grassroots problem with South African citizens living at or below the poverty line being the engines of the attacks, there have been some troubling statements made from South Africans in positions of power that throw this argument right out the window:

Currently, the victims of the deadly xenophobic attacks are Nigerians but the focus is on every African not of South African descent.

And South African celebrities such as Trevor Noah have spoken out against the latest wave of xenophobic attacks and this is what he had to say: