Davido sues woman 8 million over claims he impregnated her 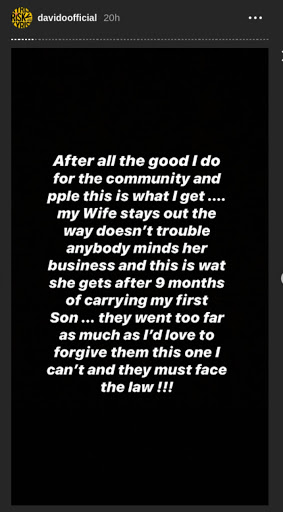 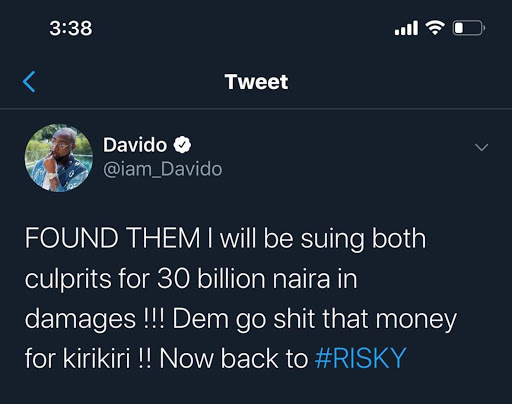 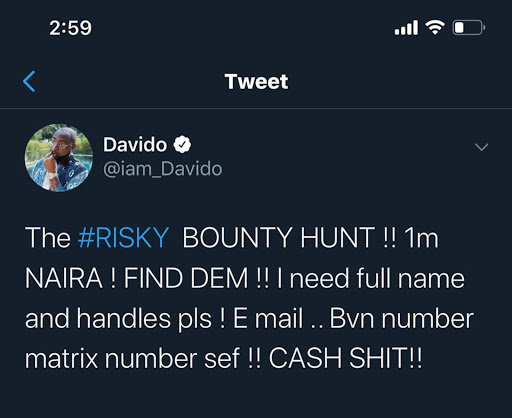 Don't mess with Davido if you can not handle what will come next.

Yesterday as he was releasing his new song, Risky, featuring Popcaan it came with a surprise to him and his fiance, Chioma.

Some lady sisters recorded a video of them accusing Davido to have impregnated one of them saying he has been out of reach ever since she told him she was expecting his child.

She claims she is a few weeks pregnant and they do now want his money they just want him to won up to being the father of her child.

The video was posted by a Nigerian blog, Instablog9ja and it got the attention of Davido who commented saying, LMAO.

We thought that was it but clearly this upset him. He took to all his social media platforms saying he will take the two girls to jail.

these hoes going to jail mark my words!

A few hours later he announced he is searching for the girls and whoever has a way of getting to them he will pay 1 million Naira which is ksh286,481. It did not take him a lot of time, he found them and said he wilsue them 30 million Naira, Ksh8,594,457.

I mean they kept announcing they have money so this should not be a problem.

It hurt Davido because people are out to ruin his family and he just got engaged and beame a father of his first son.

Manz was mad. He does not want his feature wife, Chioma to be mad. All he wants is for her to have a smooth time taking care of his first son, David Jr I.