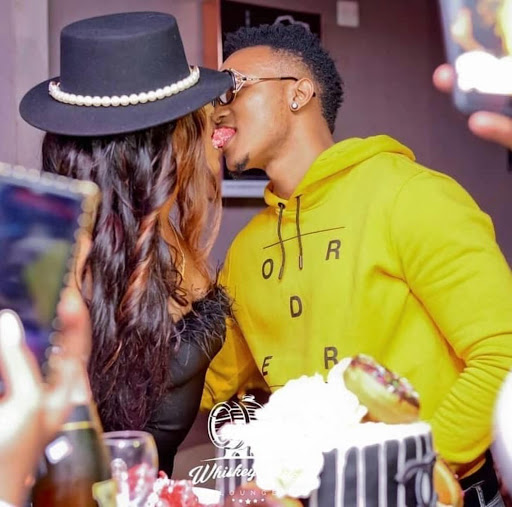 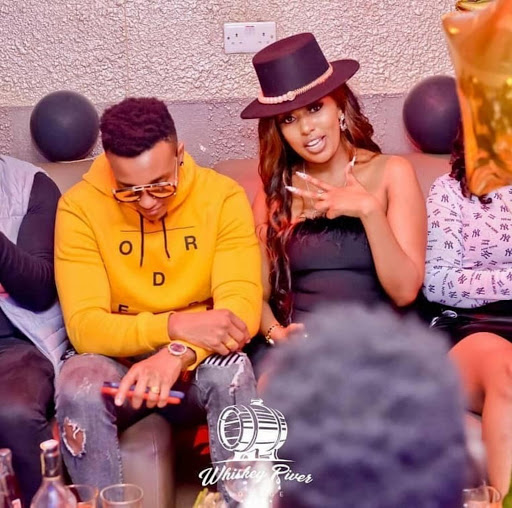 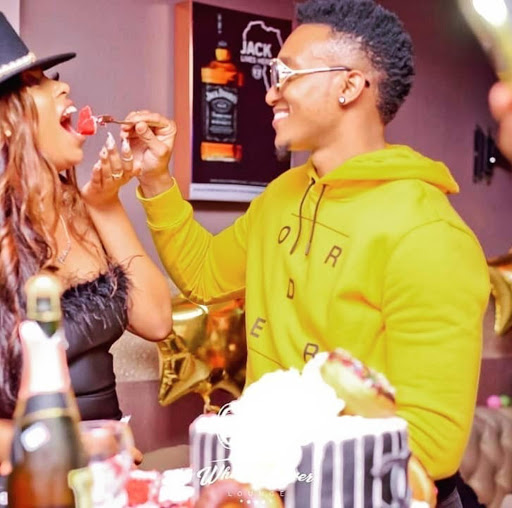 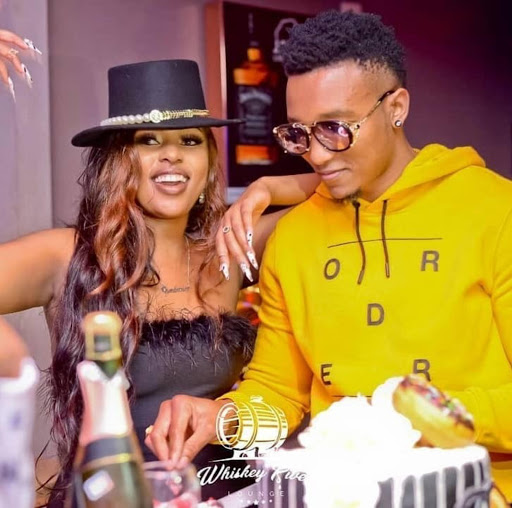 Amber Ray and Brown Mauzo are now open about their relationship. Amber Ray who seems to have made a name for herself as being the video vixen every RnB artiste wants to play his love interest in their music has come out to reveal that she is with Brown Mauzo.

She has previously been linked to Otile Brown and she was "Santorini Bae" when rapper Sid made a comeback to the entertainment scene. Amber Ray who for a while now has been hiding the fact that she is seeing someone rather well.... Almost too well...

So what is happening between Amber Ray and Brown Mauzo? She celebrated her birthday (Scorpio baby) at Whisky River and guess who was present to cut her cake with her and take photos with the lady of the night? None other than Brown Mauzo.

And it was quite the event with them feeding each other cake and kissing and canoodling and it was quite the touching display for all the photographers' cameras to capture the moment. Check out what happened as Amber ray celebrated her birthday below: