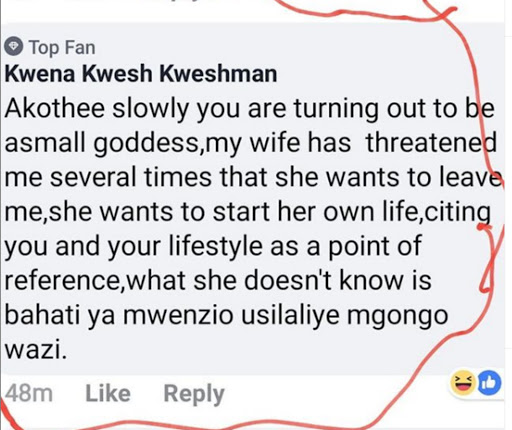 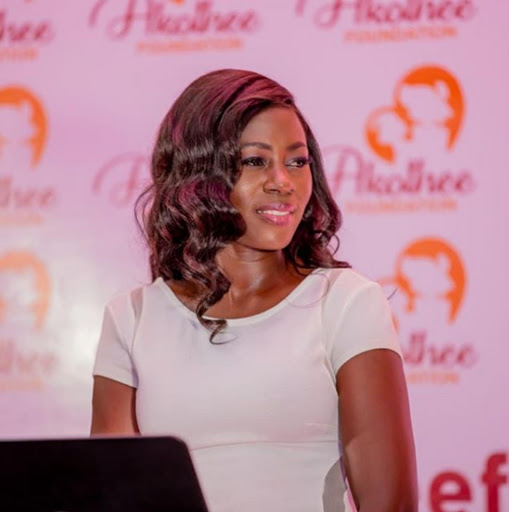 Akothee is a role model to many but who knew there are married women who want to be single so that they live an 'Akothee' life.

One of her followers took to social media to share his frustration as a married man. His wife says she wants to leave him because she wants to start her own life just like Akothee's.

My wife has threatened me several times that she wants to leave m. She wants to start her own life citing you and your lifestyle as a point of reference. What she  doesn't know is Bahati ya mwenzio usilalliye mgogngo wazi

Madam Boss, who is still recovering from 'collapsing' on stage during the Luo festival, says it is not easy being her. It takes a lot of strength even when she is lonely.

"🙆‍♂️🙆‍♂️ I just found myself here .through the struggles of life ,i escaped death 3 times 🙆‍♂️, I don't even know what and how I did it ,I never had a formula or strategy, I still miss a marriage life and being taken care of! It's very sad to be strong because you still take care of people even while in bed, with very few asking how you are doing ! It's very lonely up here ,there is no really real life ,you don't know who is real or fake,it only takes you heart break to learn ! I wish your wife really knows what she is going for 🙆‍♂️, the stigma upon single parenting is real, sabotage and rejection 🙆‍♂️🙆‍♂️🙆‍♂️, before she walks out of that home , let her know that maybe what worked for me ,might not work for her."Akothee responded

Just when we thought Madam boss was on the poor man's side, she made it clear she is always for women.

Let her organize her home and try to make it there ,but If you are also giving her too much rubbish, then I can't tell her to leave,I will just tell her "when she leaves , she should get ready for all the taka taka's of all kinds before she sees some light🙆‍♂️🙆‍♂️🙆‍♂️, it's all messed up kwa ground,I never left my husbands, Jared fell in love with another woman and left me ! Papa Ojwang just wanted a child with no strings attached! I left papa Oyoo because the relationship was toxic and the fights were not good for both of us and the kids .But trust me I MISS TO BE SOMEONES WIFE ,ENJOY IF YOU HAVE A GOOD RELATIONSHIP 🙏🏾🙏🏾🙏🏾🙏🏾 not all that glitters is gold 💪💪

Andrew Kibe and Kamene talked about this post on their morning show and they were both shocked that people believe everything they see on social media. There is more to Akothee's life than we see on the gram. So be careful what you wish for.