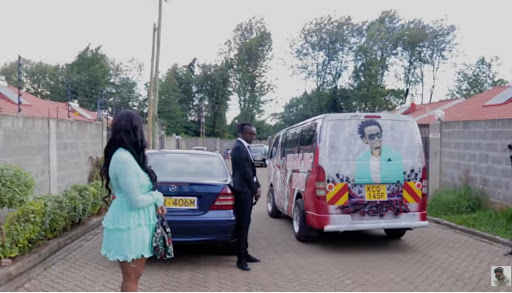 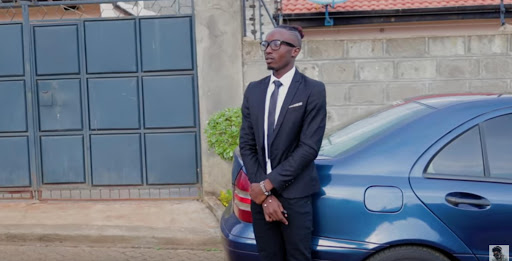 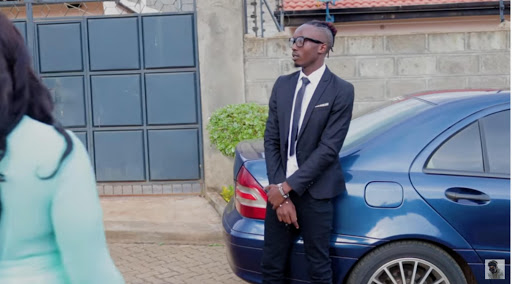 The Bahati's drama continues. This time Diana has really made her husband mad.

Over the last couple of months, she has bagged herself a couple of brand ambassador gigs and with all the hustle she needed a personal assistant (PA).

Diana met some guy on her way home who was selling undergarments. He was pretty excited to meet her.  The man named Vinny asked if she could give him a job to earn some money. He wanted anything like from driving to being their house boy. He just wanted a stable income.

A few days later, Diana called to offer him a job and told him to shave his hair to be presentable.

The next morning as Bahati and his wife were leaving home for the day, Bahati saw a man holding the keys to his wife's Mercedes swinging them like he owns the car.

Diana was so quick to unveil her surprise.

This is my PA he is name is Vinny. Things have become a bit too hectic for me I needed someone to help me.

Bahati had an issue with the idea of a PA because Vinny was a good looking man. Mind you Diana walked out in a very short dress. He was concerned.

PA? Okay, so it is a male personal assistant for my wife? Hii dunia ikona mambo. Of all the people this is who you saw fit for the job?

For his wife, all the PA needed was to look presentable and that he did.

Bahati was both mad and surprised at the whole situation and swiftly got into his EMB van and drove off window down with no word for Diana or Vinny.

Vinny had a lot to say about Bahati's past saying from him owning a guitar to him using it to serenade women back in the day. She was already fed up with him and it was just day one.

Bahati went to meet YY and Butita and he explained to them the situation at hand and they joked about it and they left him to deal with the issue but they told him to stop being insecure.