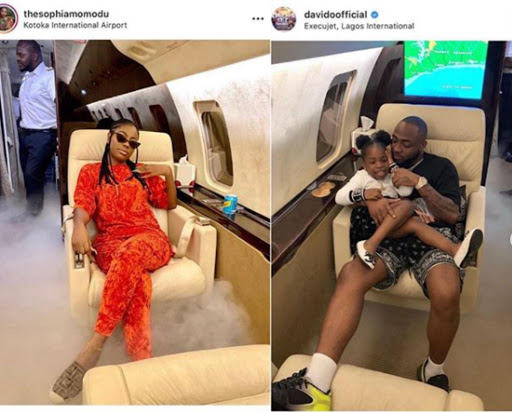 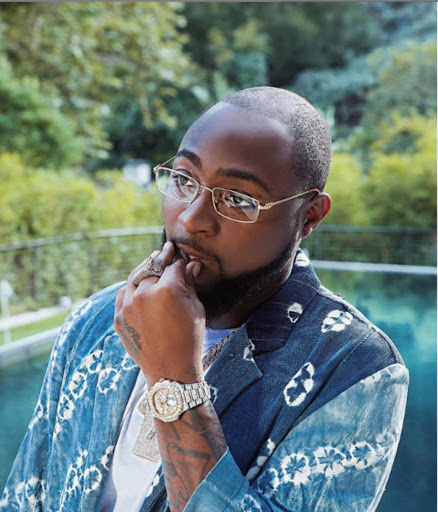 Fans claim they have uncovered what may be proof that Davido is cheating on Chioma. They have pieced together a picture of him in his jet and one of his ex on the same jet.

The two were on their way to Ghana for the biggest event in Ghana in 2019, Afrochella. Once this story got to Nigerian bloggers, the script changed to 'Davido has taken his baby mama on holiday for new years.

Well, this is because on his caption of a picture of him and his daughter where he said,

Taking my baby on a lil Vacay ❤️🇬🇭🇬🇭✈️✈️✈️

Of course, the rumors got to him and in the midst of all the fun, he decided to address it. In the whole post, you could tell he was out there to support his engagement to Chioma and protect her against the hurt.

I just want to drop a quick comment on the silly blogs headlines I’ve been seeing circulate about me taking the mother of my first child on holiday to Ghana and really wish y’all would quit with it.

You all know very well I recently proposed to my girlfriend Chioma, and it would make no sense whatsoever for me to be doing such.

My daughter’s mom had business in Ghana with Afrochella selling Imade’s hair products at stalls and I was obviously booked to perform at Afronation.

I simply gave her a lift to Ghana for the sake of Imade who I didn’t want left in Lagos without her mom. It was either that or she flies economy.

I do not understand why y’all would spread such rumors you know would do nothing but hurt my fiancé and disrespect her family.

Davido concluded his rant with a few words to those out to bring him down,