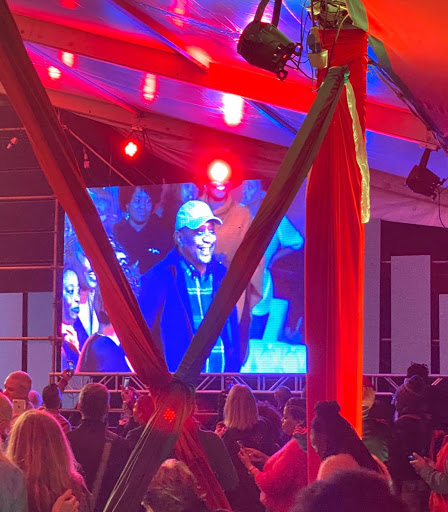 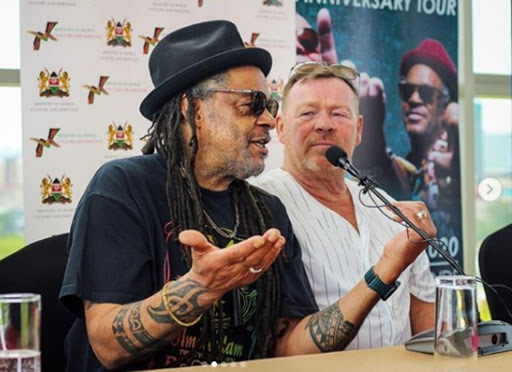 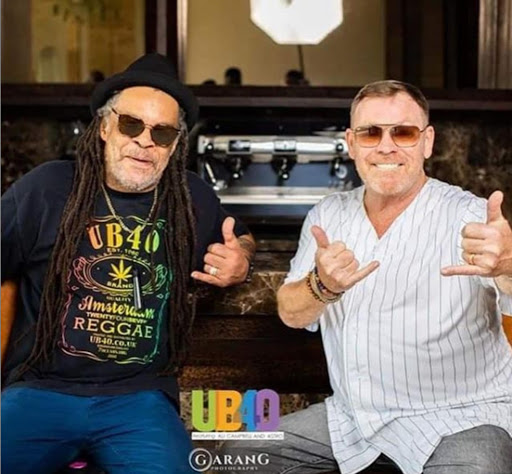 All work no play makes Uhuru Kenyatta a dull man.

Nobody and nothing can stop reggae for sure. Last night, the long-awaited concert by UB40 happened at The Carnivore ground.

Kenyans are truly reggae fans and President Uhuru Kenyatta is no different. He geared up for the night and left the house warmly dressed in a black jacket ready to jump to the reggae tunes.

According to a source as of last week, Uhuru had bought over 200 tickets for his gang gang. It makes sense why he was comfortably dancing to the tunes because he was surrounded by very familiar faces.

A video doing rounds shows the president jamming to UB40's famous song, I Can't Help Falling In Love With You. From the video, it is clear manz knows the lyrics so he is a great fan.

Raila Odinga better referred to as Baba said last week that nobody can stop reggae. No lie because he was also not left behind. Dressed in a nice shirt and cheers baba half jacket, he jammed to the music alongside his friends.

Amina Mohammed who has been attending a lot of events and Jeff Koinange were also present.

The event was a clear success because everyone was happy you can tell from the videos, pictures and comments on social media.

It is good to see them take a break from politicis and enjoy life like anybody else.

In case you missed the event, here are a few video evidence of how much fun Uhuru and everybody else had: