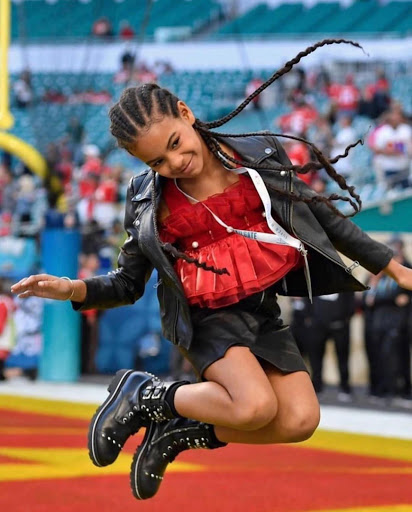 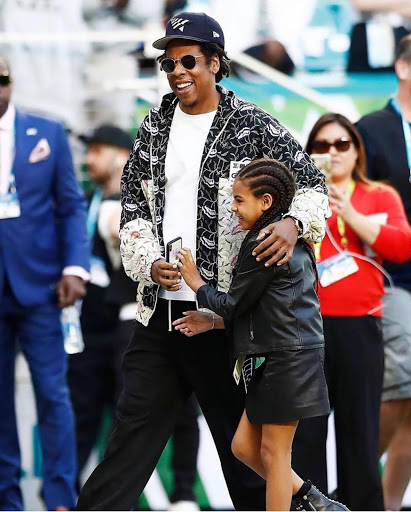 JayZ and Beyonce brought along blue Ivy to watch the highly anticipated event, and her photos went viral.

But here is what everyone noticed about Blue Ivy, she was glued on her phone for the most part of the event. She was catching every moment of the Superbowl on her phone.

Jay Z and Blue Ivy were spotted walking in the field before the game started and given an opportunity to play with the ball.  Once blue was done, guess what she did, she went right back to her phone.

A few minutes after, Jay Z stopped to have a chat with Meek Mill, Blue Ivy was by his side, and a little while later she got bored and was back on her phone.

At some point, Jay Z was spotted being a photographer to their eight-year-old. Everyone had theories what she was texting on the phone. Was Blue Ivy updating her mother, who knows?

One fan joked saying Blue Ivy was glued to her phone like she was canceling a business meeting because she had to be at the super bowl.