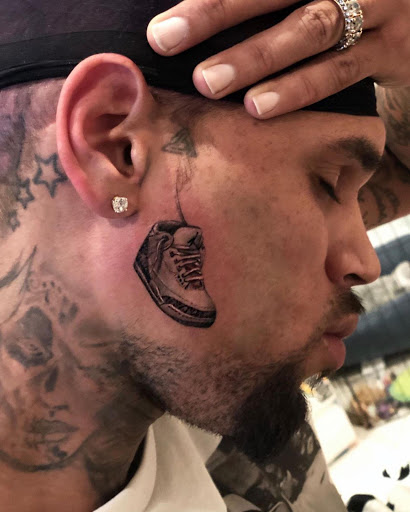 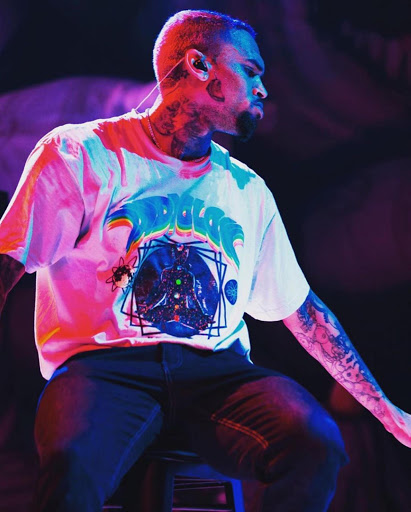 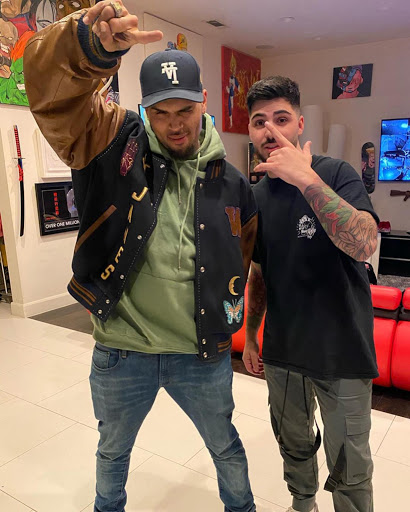 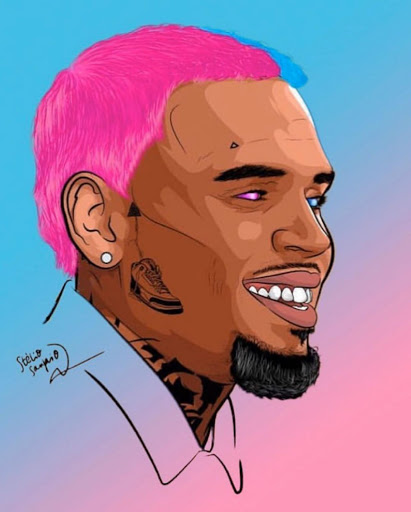 Chris Brown may have acted on an adrenalin rush. He got a tattoo, on his face, of an air Jordan shoe.

Ganga posted an image of Chris brown with a tattoo of a shoe oh his face. He captioned the post,

more tattoos last night for my brother @chrisbrownofficial, here is this Jordan shoe that I did recently.

Here is a tattoo that combines two things that he loves - Air Jordan sneakers and tattoos. Did you know that Chris Brown has pairs of shoes that he can wear one each day from the beginning of the year to the end?

Funny, there is someone out there who has a pair of shoes for the whole year.

Chris Brown has probably lost count of the number of tattoos on his body, but this, I am almost certain he will not forget. He might just regret getting this tattoo later.

Sometime in the past, he said he does not regret any tattoo he has ever gotten. "I wish I could get a new canvas all the time and start over," said Chris Brown. Well, it looks likes he has used every part of this skin, only the face was left.

And there you have it, Chris Brown has air Jordan sneaker shoe on his face.