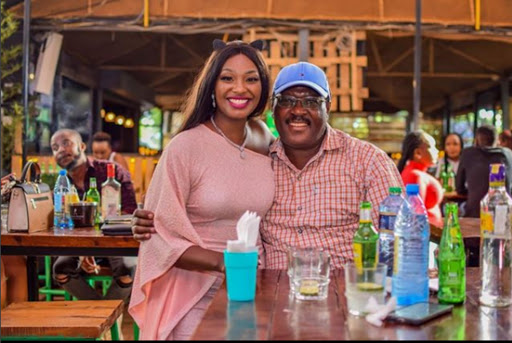 maureen waititu
Maureen Waititu opened up a while back about her fears of keeping a man because of the absence of her father.

She also opened up about what led to the end of her marriage with Frankie Just Gymit. Maureen said that there was a time in her life she blamed herself for their broken marriage.

Over the weekend, she hosted at The Vineyard, Kiambu Road and to her surprise, her father came to support her. She was so excited she posted on social media a video of the two together where she thanked him.

Maureen had given up building her relationship or trying to reach out to her father who was not present in her life, but it backfired.

She admitted it has been a bit hard for her to deal with marital and daddy issues without siblings who act as support systems.

From the video, it was clear that the two have reunited and it was in a club where she does her weekly gig during the Sunday brunch.

Here is the video of their reunion moment: