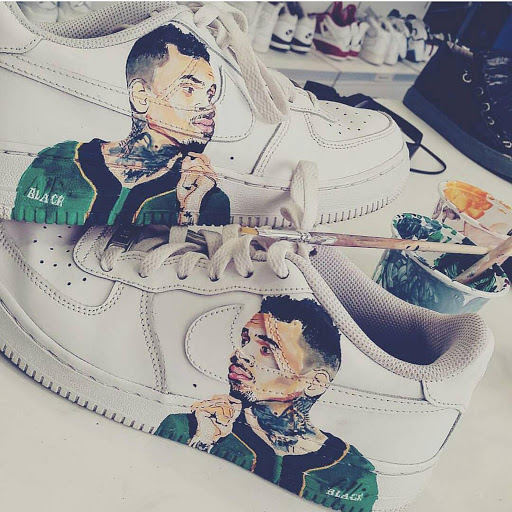 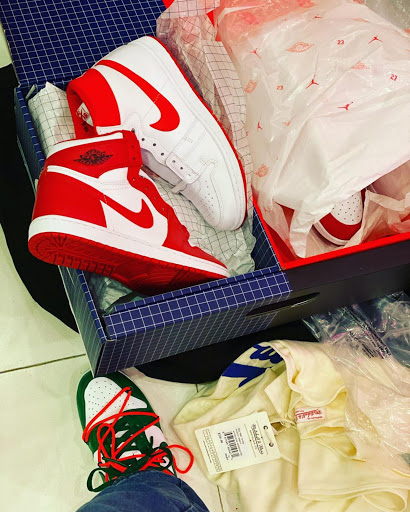 How many pairs of shoes do you have? Two, five at most?

Chris Brown is sharing pictures of what could possibly be the biggest and most expensive collection of sneakers that he bought.

Chris Brown is a lover of shoes, something he has never denied. He loves them enough to have a tattoo of a sneaker on his face.

He posted a picture of a lot of new shoes still in their packages. Soon enough he may lose track of his pairs. Or just miss a place to put any more of his shoes. Imagine Chris Brown moving to a new place just to get more room for his new shoes. My advice, I think it's time to donate the old ones.

Because Missroyalty sees her father as a role model, she may just follow in her father's footsteps with the shoe game.

It had been said once that he has up to 1000 pairs of shoes every time he goes on tour. There are pictures of his shoe collection and damn! they are many.

Chris brown mostly wears Adidas Yeezy boost 350v2. Color, red, black, and white. Chris Brown describes his shoes as the comfiest when it comes to his dancing routines. He once said they felt like slippers.