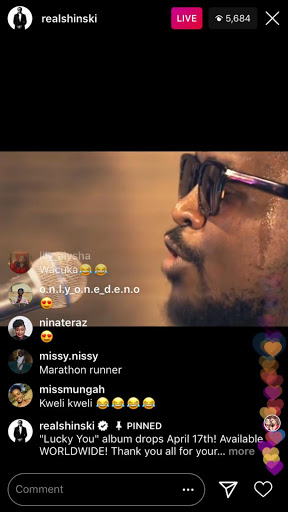 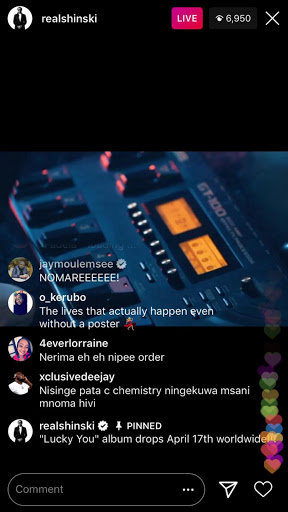 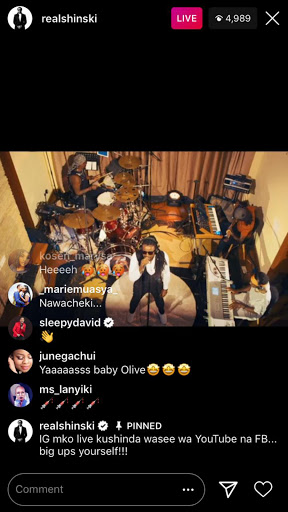 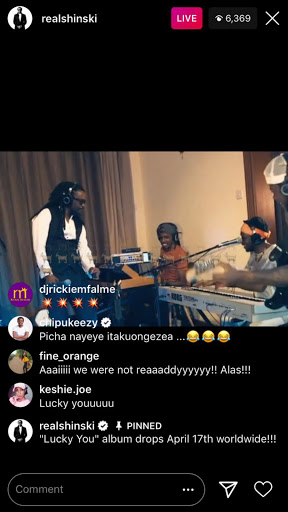 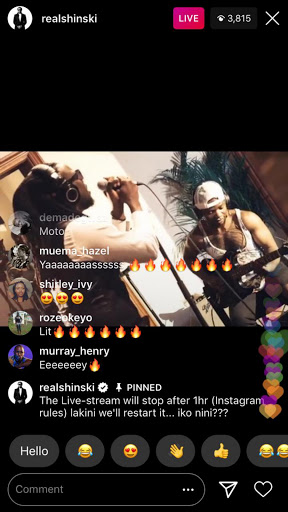 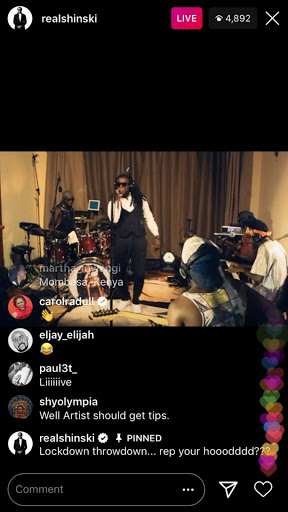 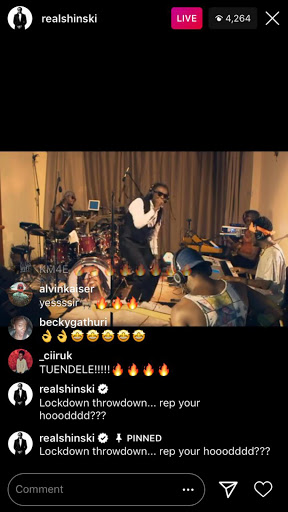 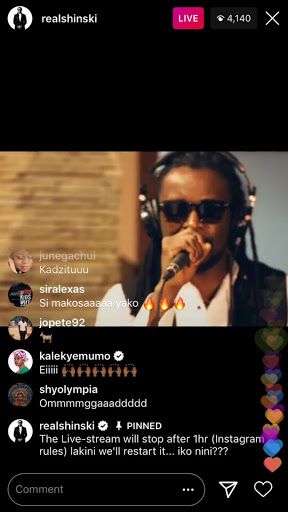 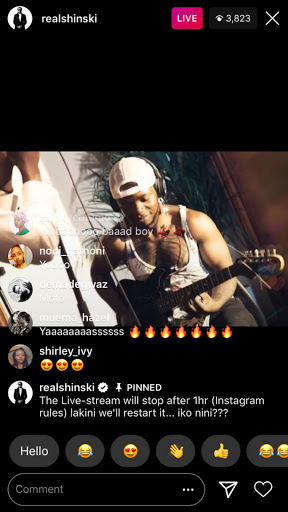 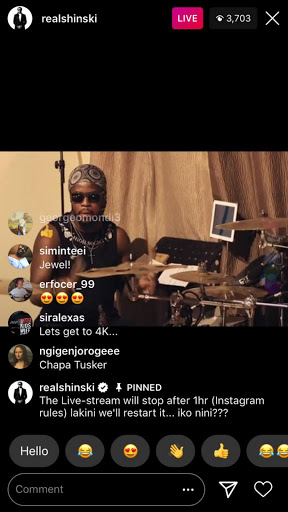 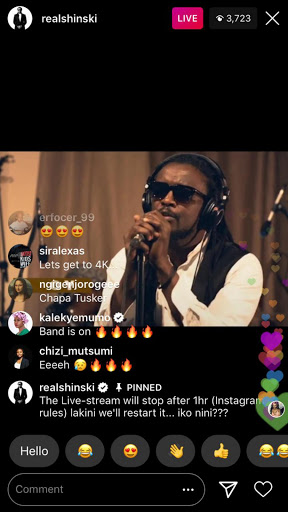 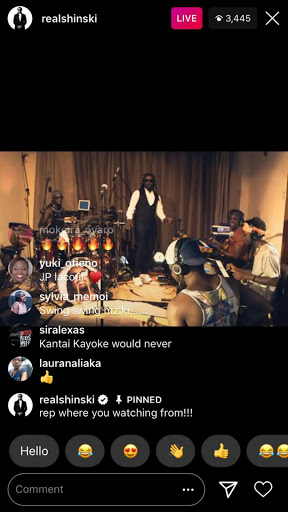 In case you missed it, Nyashinski decided to bless his fans with a social media live concert.

He has been teasing the event this for the past week, with fans eager to hear what he has in store for us in his new album, Lucky You that will be released on the 17th of April.

Nyashinski set the bar high because so far, he tops the chart when it comes to social media live performances. Anyone, especially artistes coming after him, find it's too much pressure for them, but healthy pressure.

The 8th of April will be a memory not only for Nyash but for his fans who tuned in for two hours to watch him drop sneak peeks of the songs in the album. He started off with the old songs he released over 10 years ago back when he was part of Klepto and when he did a lot of collabos.

Here are a few videos and photo's in case you missed it:

Other than his amazing voice and creativity, the one popular comment was of fans applauding the band member behind the great sound. Cedo, the best producer in Kenya was part of the project. He has worked with Nyashinski for a while, Sauti Sol and H_art The Band just to mention but a few.

At the end of the live concert, the credits were posted of the people who worked behind the scene to help Nyashinski achieve the best.

Meet the gang below:

All these videos and images are from Nyashinski's live performance on Instagram.

Congratulations Nyashinski on your album launch. 2020 seems to be a blessed year for you and your family.