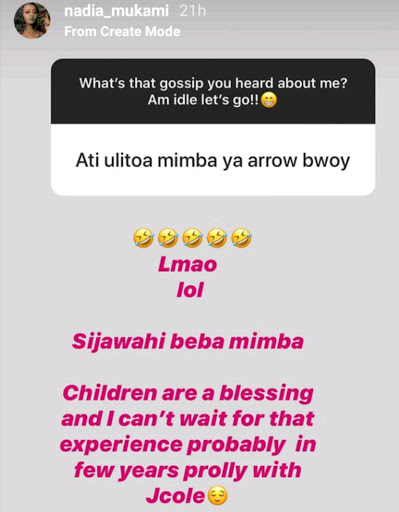 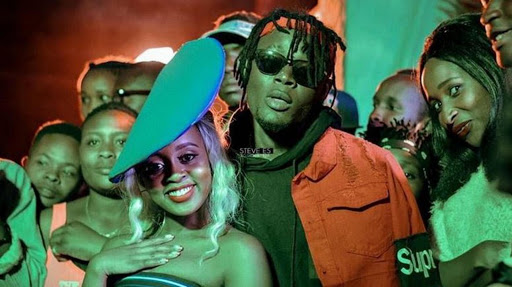 Not so long ago, Nadia Mukami and fellow star, Arrow Bwoy were rumoured to be dating, long before they teamed up to release the jam “Radio Love” which took the country charts by storm.

At the time, no one believed the two were really dating before Nadia revealed in an interview with The Trend's Antoneosol, that she actually dated the 'Digi Digi' hitmaker for a year.

According to her, things didn't turn out as planned.

I dated Arrow Bwoy for a year. But things didn’t work out.

Through her Insta stories, Nadia asked her fans to share any rumor they have heard about her.

One user asked her whether it is true she aborted Arrow Bwoy's pregnancy.

In her defence, Nadia Mukami laughed off the rumor, stating that she has never been pregnant.

She added that children are a blessing and she cannot wait to have such a wonderful experience.

😂 😂 😂 😂 Lmao lol sijawahi beba mimba. Children are a blessing and I can't wait for that experience probably in few years prolly with J Cole.

Below are screenshots of other rumors she was happy to address, including whether she is a lesbian or if she is a member of the freemason.

Check out the screenshots below :