'I love you Xtian' A drunk Vera Sidika confesses 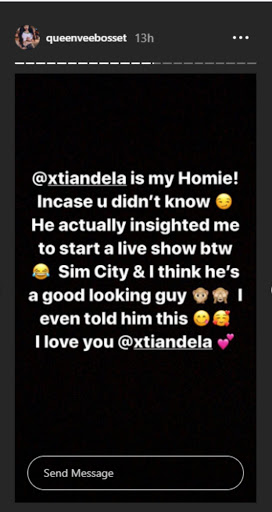 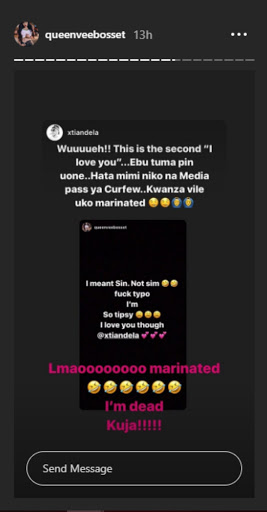 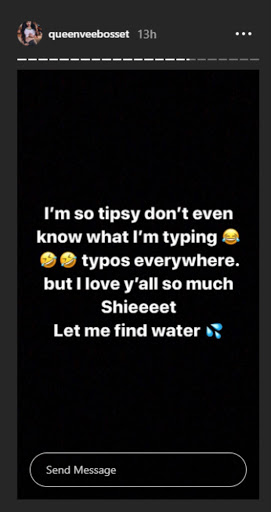 Vera Sidika was rumored to be in forced quarantine somewhere after disobeying the curfew order, but it seems she is free.

In a series of Instagram stories, she is advertising her new social media project, Sin City. This will basically be a night of twerking and people are saying it is her way of making money because there is no 'business'.

Vera requested to be in both Xtian and Tory Lanez' Instagram live and she has come to say it is not out of desperation. She says it is because she is friends with Xtian and it's important to support them.

She then confessed her love for Xtian.

"Xtian is my homie in case you didn't know. He actually incited me to start a live show btw, Sin City and I think he is a good looking guy. I even told him this. I love you Xtain Dela" Vera posted

From his response, it doesn't look like they are homies because he was shocked to receive so much love, suddenly.

"wueh! This is the second 'I love you'. Ebu drop your pin and see. I also have a media pass for curfew hours. Especially the way you are marinated." He responded

Since the captions had already gone viral, she decided to do the obvious and blame it all on the booze. Vera said she had no idea what she was typing because it was the alcohol that elevated the confidence.

But you know what they say, people are the most honest when they are intoxicated.