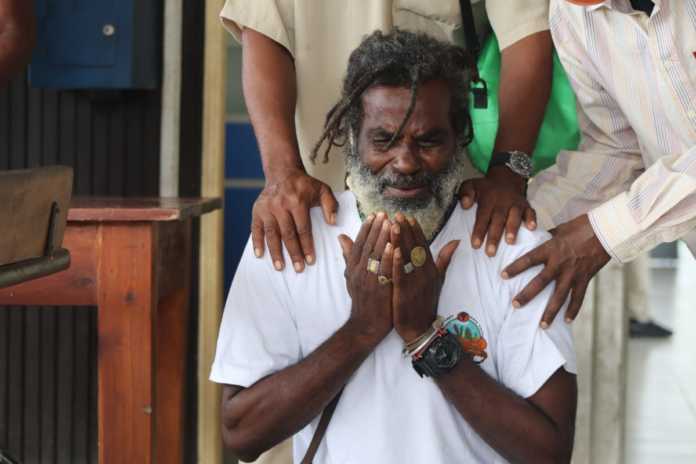 The late Keroche Breweries heiress Tecra Muigai’s Lamu boyfriend Omar Lali has been set free after the DPP applied to terminate the case and requested for an open inquest.

Lali, 54, was to be charged over Tecra's death after the DPP reviewed toxicological evidence, detailed postmortem reports, phone records, other documentary exhibits and witness statements.

Lead prosecutor Eddie Kadebe and his colleague Zakaria Kiongo said they were satisfied that there was sufficient evidence to have Lali take a plea for murder.

Tecra, the daughter of  Keroche Breweries CEO Tabitha Karanja, died in May in what was reported as an accident.

She suffered cerebral oedema resulting from a fall on April 27 from a staircase at a house she shared with Lali in Lamu .

Moments after Lali was freed broke down in tears at the Garsen court.

Accompanied by his family, Lali couldn't help it as tears flowed freely after he was freed.