Rapper Nicki Minaj on Monday announced she was expecting her first child, posting photos of her baby bump.

“#Preggers,” wrote the “Bang, Bang” singer on her Instagram account, beside a photo of her wearing a bejeweled bra while cradling her naked belly.

“Love. Marriage. Baby carriage. Overflowing with excitement & gratitude. Thank you all for the well wishes,” she wrote in another posting.

Minaj, 37, shocked fans when she announced in October that she had married her childhood friend Kenneth Petty and that she was retiring to have a family. However, she has since released several singles and has said she is working on a new album. 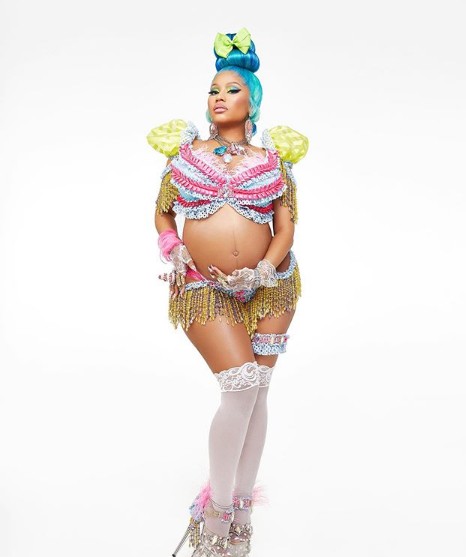