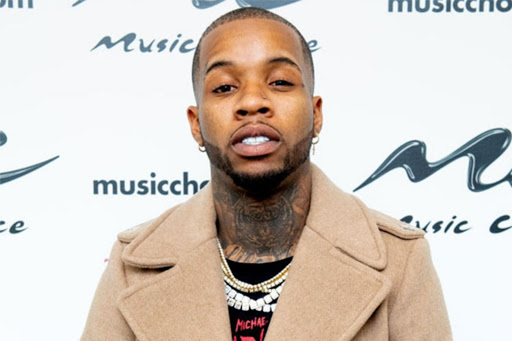 Tory Lanez has decided to break the silence or rather narrate his side of the story surrounding Megan thee Stallion shooting incident.

Tory has decided to do so in his new 17-track-album titled, 'Daystar.'

Taking to his Instagram, the Canadian rapper posted the album cover art captioning it; "There is a time to stay silent . And a time to speak ..... I said all I could say on this.

Rapper Megan confirmed in August that it was indeed Tory who shot her in both her feet back in July, via Instagram live.

"Yes, this n**ga Tory shot me. You shot me, and you got your publicist and your people to these blogs lying and shit, stop lying!" ranted Megan.

In his song 'Money Over Fallouts' Tory gives his side of the story where he obviously claims he is innocent.

However, he has been bashed on social media with many claiming he shot Megan just to promote his new project.

Just be sure we will keep you posted on any developments surrounding this drama soon as it unravels.