Kamene believes Samidoh is one of the few men who apologize 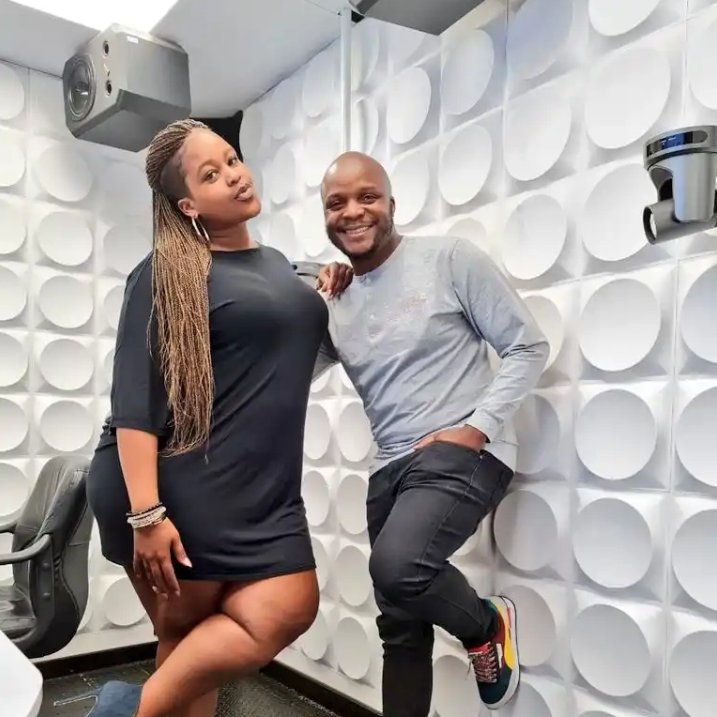 On Tuesday, Mugithi superstar, Samidoh in fact left many in shock after he apologized to his wife and his fans for putting his family in bad light.

He confessed to having an affair with politician Karen Nyamu and the two sired a son.

Kamene was among the few who could not believe that a man would stand up, acknowledge his mistakes and apologize for them.

"What Samidoh did left us wondering that there are men who actually say sorry.

It is hard for a man to take responsibilities on what they have done and apologize. The first time I busted my ex hubby cheating 'sorry' was the last thing he said. He bought me a car so that he could not say sorry." Said Kamene.

Jalang'o was not buying any of it and he narrated how he had to apologize to his wife when he was implicated in the 'boys club' scandal.

Men should apologize when they think they have done something wrong. I have found myself in the same situation during the boys club. I told baby that she knows me well and told her the real story.

Sometimes it is not about you but the people involved and it helps start the healing process.

The presenter went ahead to give another example of a public figure who went all out in apologizing for cheating on his wife.

One early morning former Harambee Stars  goalkeeper Francis Onyiso bought space on the star newspaper to apologize to his wife. Yes he said sorry to his wife and I am sure if he had more money he would have bought a billboard.

So do men really apologize?

Rallyx DJ: Yes we apologize but to something reasonable but not these other petty things which you ladies always force as to. But apologizing is not a big deal. But the worse thing is when you decide to apologize for a woman na ndio anaanza kubeba kichwa sasa thinking ameshinda.

Davie: All men do apologize but it all depends on how it comes out,some speak it out ,some buy gifts as apology ,some take you out for a treat ,so every single lady should learn and understand how her man expresses his apology