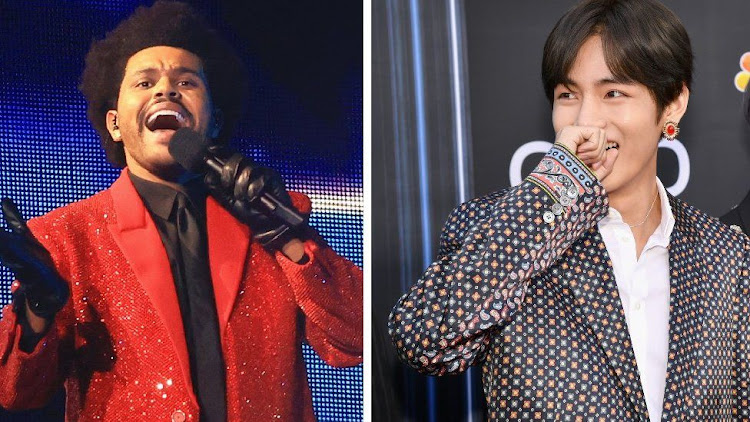 Revenues grew by 7.4%, driven by the success of artists like Billie Eilish, Taylor Swift and Drake in the charts.

BTS had the best-selling album, Map Of The Soul: 7; while The Weeknd's retro-pop anthem Blinding Lights was the biggest single, shifting 2.7bn copies. 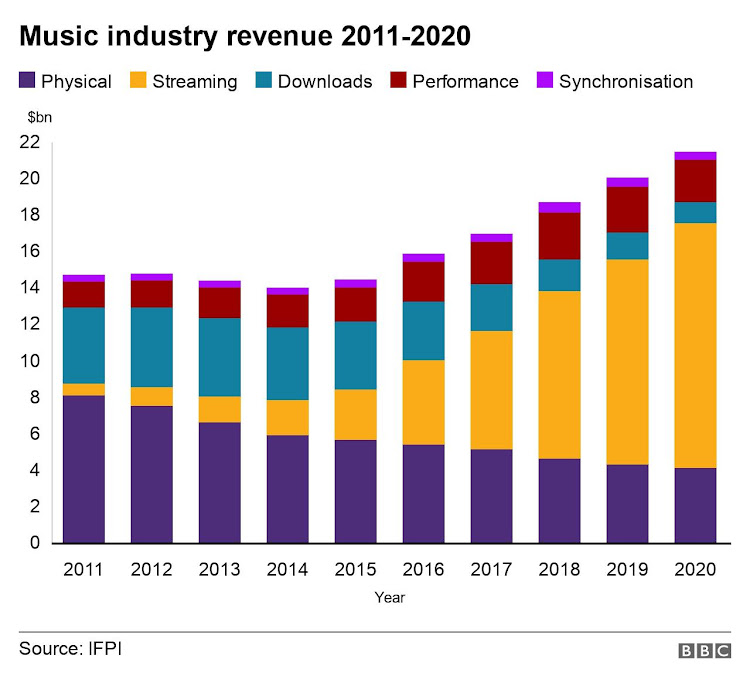 More than 443 million people now pay for a music streaming subscription, said the IFPI, which represents the global music industry.

However, while the number of subscribers jumped by 29%, revenues from streaming only grew by 19.5% - as price plans tend to be lower in new markets like India and Russia.

The figures, revealed in the IFPI's annual Global Music Report, are a reminder of "the enduring power of music to console, heal and lift our spirits," during the pandemic, said chief executive Frances Moore.

"Some things are timeless, like the power of a great song or the connection between artists and fans. But some things have changed. With so much of the world in lockdown and live music shut down, in nearly every corner of the globe most fans enjoyed music via streaming." 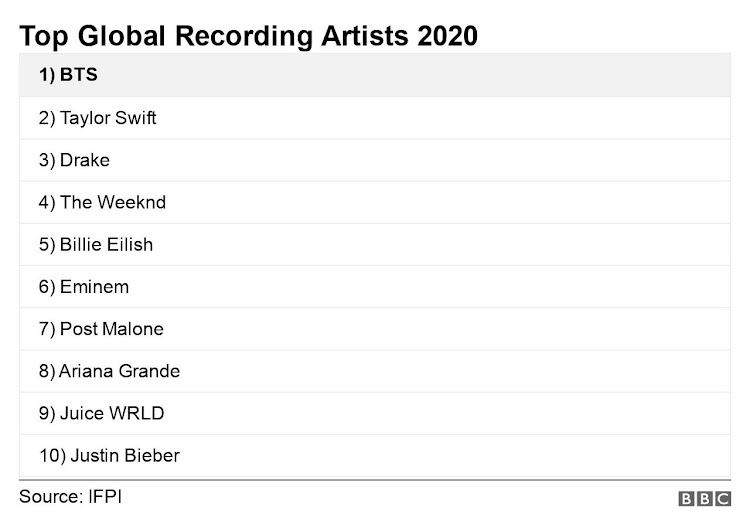