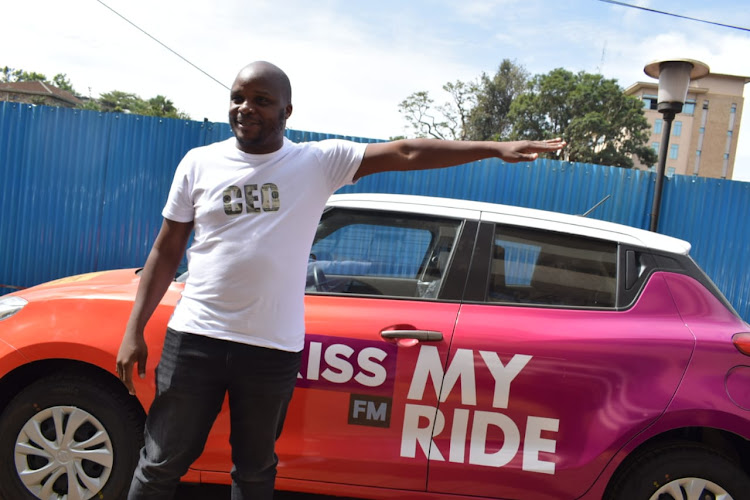 For the first time on air, Jalang'o has talked about how he learnt that he was going to be a dad.

The veteran presenter is known for keeping his private life under wraps  and very few people know about his beautiful family.

Jalang'o and his ex, well known as Chep have a daughter together, but how did she really break the news to him?

"I remember when my wife got pregnant, you know I am talking about my ex the most beautiful woman, Chep. She told me 'babe these things are late' and when she went for a test she texted me 'Babe confirmed, baby is on the way.' That statement changed everything." Said Jalang'o.

The revelation sparked a very interesting discussion as male listeners revealed various interesting ways which women use to break their pregnancy news .

The funniest one has to be from the second caller who said;

One Pokot Moja wrote; She just cooked ugali meat stew and ate it all by herself. Kufika kwa nyumba namwambia babe where's my food? She responded by "tumekula tukamaliza" I was in tears of joy

Chiluba: Vile alikuja kwangu na suitcase, .. that was self explanatory..