Mpesa Fraud: Protect yourself from conmen who pose as Safaricom staff 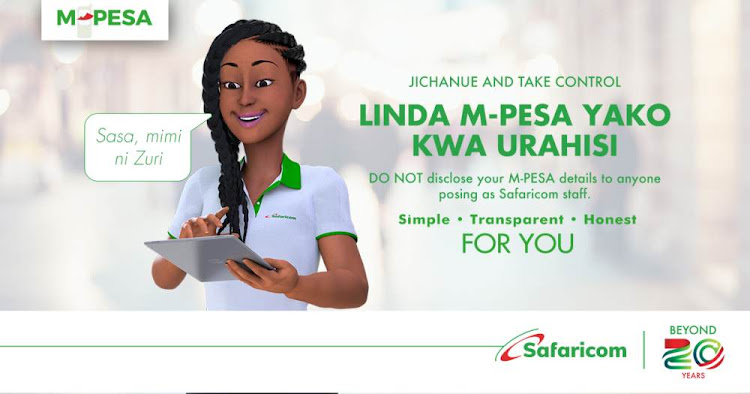 It was a Saturday morning, a day after the new year and Joseph Mburu was relaxing in his house. At around 8 am, he got a call from someone who claimed he was a Safaricom Customer care staff. Mburu who hails from Eastlands told us that the caller, a male staff notified him that his line had had double registration and they were trying to sort out the issue.

(He told me that my line had been registered twice on my name and a user called Esther Njeri. So for my line not to be locked, he said he would ask me some questions to verify the line really belongs to me).

Mburu said the caller asked him to state the last amount of top-up he had done and the last two numbers he had dialled which he did. He was then directed to M-Pesa details and without knowing, he revealed his details thinking the caller was a Safaricom staff. Some minutes later, he got a notification that his Sh15,000 had been withdrawn.

"I was shocked and in fact, I thought I was dreaming. It later hit me that I had been duped. I tried to reach out to Safaricom for help but it was too late," he said.

Grace Lumbasi, a wife and a mother to teenage girls told us that through similar tricks, her entire saving was withdrawn. She said on Sunday, January 3 she was relaxing in her room because she was feeling unwell.

"I was sleeping after I took medication until my last born daughter woke me that I had a call. When I answered, the caller, a man told me that my M-Pesa had been blocked because my line had some complications," Lumbasi said.

According to her, the caller notified her that she would not be able to do any M-Pesa transactions unless the issue is sorted out.

"Since I was feeling unwell, I did not even think through, Immediately asked him how they could help since I was convinced that he was a Safaricom Staff. He asked me some lead questions which I responded to" she said.

A few minutes later, she was shocked to get a notification that her M-Pesa balance was zero.

"I have never been duped like this, I almost fainted. I had sacrificed a lot despite the coronavirus pandemic to save something to help me in this year, then just in minutes someone walks away with it," she said.

She said she had saved some Sh55,000 and she intended to use part of the money to pay school fees for her kids while the remaining to buy a cow.

"I have always wanted to own a cow and I knew my dream was coming true, now I don't know where to start," she said.

Mburu and Lumbasi are among many other Kenyans who have fallen victims to such tricks costing them fortunes. We have established that the conmen have devised ways in which they lure unsuspecting targets. Fraudsters are always devising new ways to con people. Since it is hard for scammers to infiltrate the M-Pesa system, they opt for non-technical methods, or social engineering, as it is popularly known. This involves tricking unsuspecting people into breaking normal security procedures and finally manipulating them into among other things, revealing M-Pesa PIN or withdrawing from ATMs remotely.

Safaricom has come up with a few very simple rules and measures to ensure that your phone and more importantly, the information on your phone remains safe. Firstly, when it comes to your MPESA, the only person who should know your pin is you. Never tell it to anyone else, including anyone who claims to be from Safaricom. Pin Yako, Siri Yako!

If you do receive these fraudulent calls about your M-Pesa transactions, tell the person to contact Safaricom to reverse the transaction or to forward the MPESA message to 456 to reverse. If you suspect them to be a fraudster, immediately report their number by sending it in a text message to 333. Reporting these numbers helps ensure that they are investigated and blocked.

Safaricom will never ask you to share your passwords, whether it’s for your MPESA, bank or Sim. If they do, this is most definitely a scam and you can report the number and get it blocked. #JichanueAndTakeControl