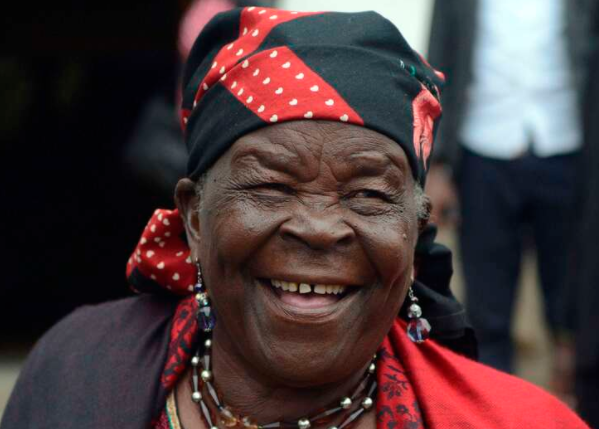 Reports reaching Kiss100 are that former US presidents' grandmother, Sarah Obama who lived in Kisumu has passed on at the age of 98.

Details on what led to her death are yet to be reviled but according to the report, her daughter Marsat has confirmed it on behalf of the family.

Reports say she passed on at Jaramogi Oginga Odinga Hospital in Kisumu.

After the news broke on social media, fans are sending in their message of condolences to the family of Sarah.

Sarah will be remembered for defending her grandson, Barrack Obama during the U.S. presidential campaign. She protested attempts to portray Obama as a foreigner to the United States or as a Muslim, saying that while Obama's grandfather had been a Muslim children have different religions from their parents.

May she rest in peace.

'The devil carried you 9 months' Akothee urges fans to take care of...