Don't allow government officials to speak in my funeral - Kigame 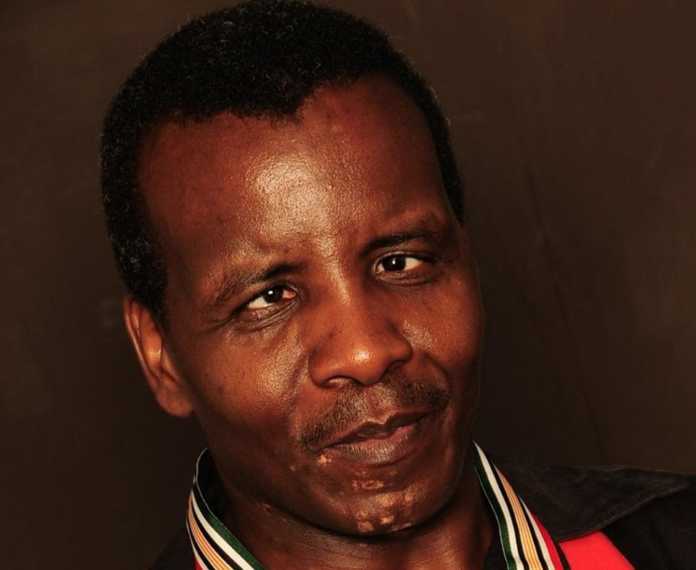 Legendary gospel artist, Reuben Kigame says he doesn't want any government official or representatives from any music copyright society to speak at his funeral.

This, he said as he went ham on Twitter on Tuesday, narrating how despite his hard work and 29 albums later he only earns peanuts every month.

This is not the first time, Kigame has spoken about his frustrations regarding royalties and bodies that are mandated to represent artists, collect and distribute royalties to them.

He says out of every Sh10 that he makes as royalties, he gets to keep just sh2 or sh3 while the rest goes to someone else.

For those reasons, Kigame has asked members of the public, his family and fans to not allow them to speak at his funeral.

"I wish to go public about something and I want it marked well: if you One day hear musician Reuben Kigame is dead, do not allow any government representative or those from the so cold copyright societies to speak at my funeral service.What I have been through under them is enough." He tweeted. 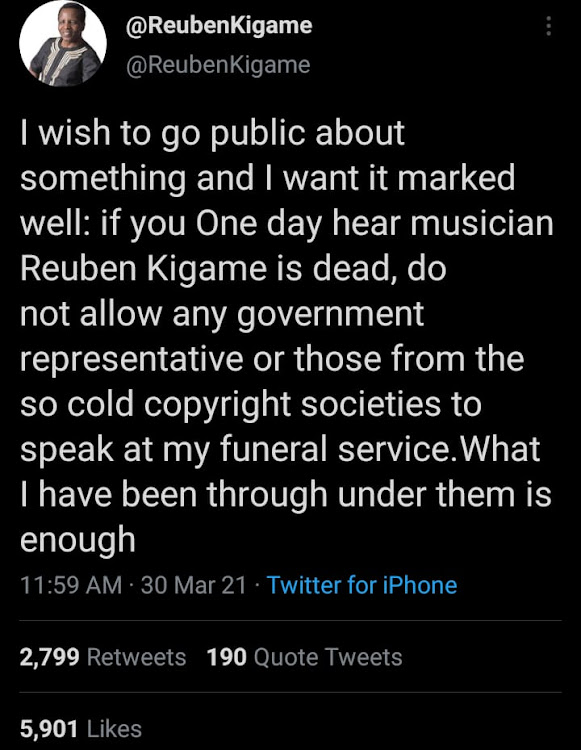 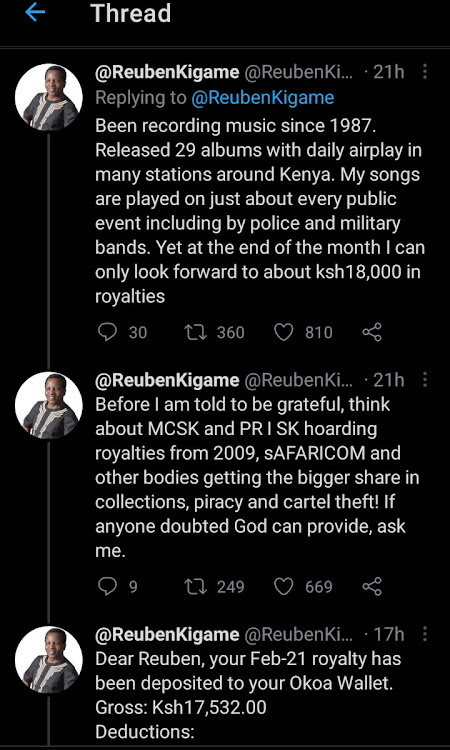 In 2019 when he wrote an open letter to president Kenyatta, he bemoaned the state of musicians' lives in Kenya, in the hands of the so called music cartels.

In his view, he believes musicians would be happier elsewhere other than Kenya.

No sooner had I received the award than my eyes were drawn to the monster in Kenya’s music room: piracy and daylight robbery of everything a musician got.

You would be happier to be a musician elsewhere – indeed anywhere in the world – not my own beloved country Kenya. It is better to be unmedalled than to be in this country of thieves.