Kamene's mum: The type of man that should marry my daughter 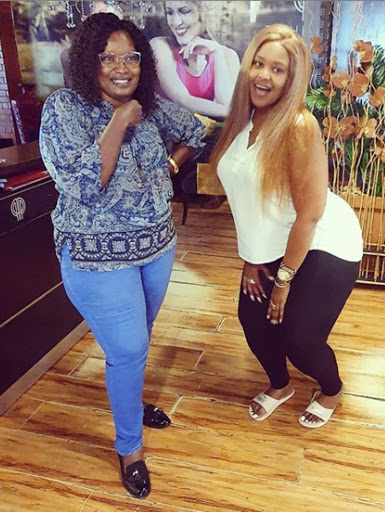 Today's show was on another level and the energy levels and positive vibes were on the roof.

The unexpected happened as Kamene and Jalas decided to call the former's mother just to get a glimpse of the type of a man she would want to see her daughter settle with.

This happened after Jalang'o insisted that Kamene despite her success and flourishing career, she low-key needs someone to complete her and occupy her heart.

During the phone call, Jalang'o out of nowhere decided to ask Kamene's mum the type of man she would love to see her daughter settle with.

"That man has match her intelligence, he has to have more money than her and definitely someone who respects her and treats her as an equal." Kamene's mum dropped the bombshell.

Jalang'o was left dumbfounded as soon as she hung up the phone.

The conversation that followed between the two presenters was hilarious as Jalang'o claimed that only Jesus can marry Kamene.