'2021 I finally come out as me,' Tanasha Donna announces changes 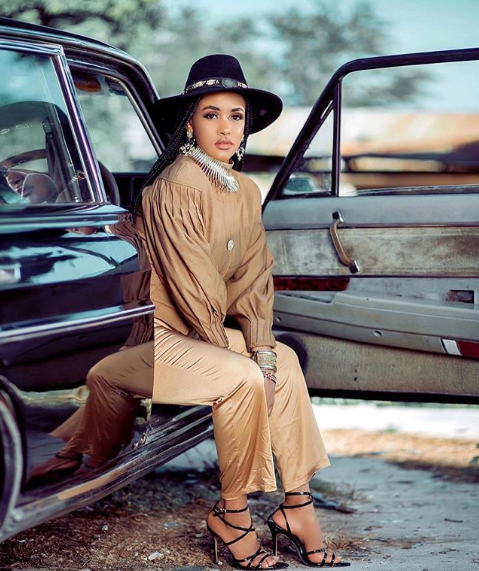 Talented musician, Tanasha Donna is by far one of the best performing female artists in the 254 right now.

If there is one thing she has mastered is the art of satisfying her fans' insatiable demand for her music.

Since she broke into the scene she has fought her way up and has become the most sought after female artist in East Africa.

After blessing us with 'Kalypso' a project which she featured Khaligraph and having been featured by Bahati in 'One and only' she is not showing signs of stopping at anything this year.

Speaking in an exclusive interview with the writer, Tanasha says she feels like she has finally come out as herself, musically.

"This year is the year I finally come out as me, as Tanasha for the first time musically. I feel like I’ve already pleased my audience with the swahili/zouk/kizomba sound which I would make for the people because that’s what East Africans love out here, but for the first time I’m finally coming out as me with my music this year. Excited for this new chapter of my life." Tanasha said.

Tanasha had just landed in Mombasa when the president announced the new lockdown and curfew regulations which left her disappointed.

As an artist, that means she can't perform until further notice and as frustrating as it is, she can only hope and pray things get better.

"I believe the new regulations have affected everybody but since some of these things are out of out control, we just have to take control of our own lives and realize that we can only depend on ourselves and God to achieve success. We pray things get better eventually." She said.

Tanasha's new Complicationship project is out on all platforms and she has assured her fans that the video 'is dropping in a few days!'