Would you change your citizenship for Sh890M?

Back in 2004, Kenyan football legend, Dennis Oliech was one of the biggest names in football in Africa back then.

His star was still rising and he was playing in the Champions League, the most elite club competition in the world,

He was such a big star that Qatar wanted a piece of him and even offered him Sh890M to change his citizenship. He declined the offer and pledged allegiance to his nation.

That topic came up this morning and Chito and Jalas wanted to know how many Kenyans would be willing to change their citizenship for that amount of money.

Jalang'o did not even hesitate and he says he would only need two weeks to prepare. Settle things for his mother, make a few investments which will keep him afloat when he is in Qatar.

"Please baptize me right now give me my Qatar name and call me Ahmed Ahmud Mahajalang'o." Jalas said leaving Chito in stitches.

Bro I will never come back here, to do what?

First thing I will just tell them it is OK, give me two weeks to prepare definitely, settling mathe, ma apartments hapa nini nafika Qatar sina hata shillingi. Oliech had that chance but he said for the love of my country I'll be here. 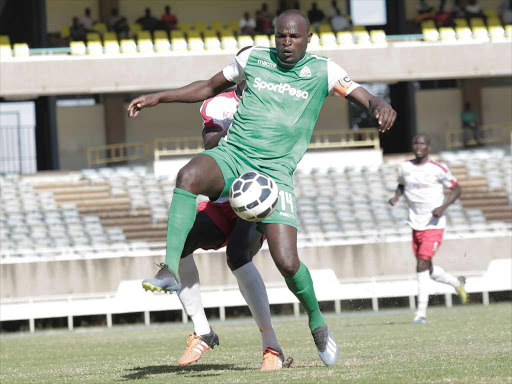