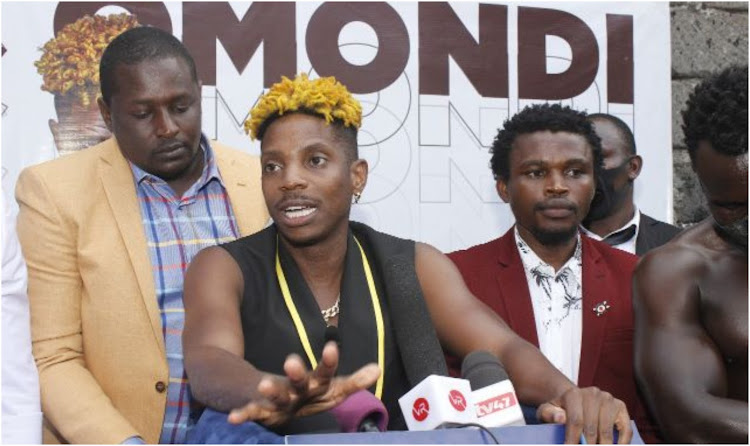 Omondi said the CS called upon him to 'discuss different ways in which the Ministry can help support Artists during these hard times.'

When this writer spoke to Omondi, the president of comedy in Africa, the comedian said that the meeting is yet to take place due to the CS's busy schedule, but confirmed the two will meet on Thursday.

"Honorable Wamalwa has been busy since he recently traveled with the president but he sent me a text asking when we are meeting and he sounded super enthusiastic." Omondi said.

Given that Khaligraph and other artists are currently receiving a lot of heat from their fellow artists for not accompanying them in their recent meeting with DP Ruto, Omondi says his meeting's agenda will include the entire industry.

"Whenever Kenyans see you with either Ruto or Raila the conversation become political. But my meeting with CS Wamalwa to be more of government based meeting and not political. "  He said.

Wamalwa wants to meet with members from entire creative industry, from comedians to artists to actors.

Omondi says his strategy is to hand the CS his plan first before inviting members from the creative industry to meet with him and map everything out.

This he says is to avoid a series of many unwanted meetings and instead get down with the strategy to help everyone involved.