Drake's son joins him to accept artist of the decade 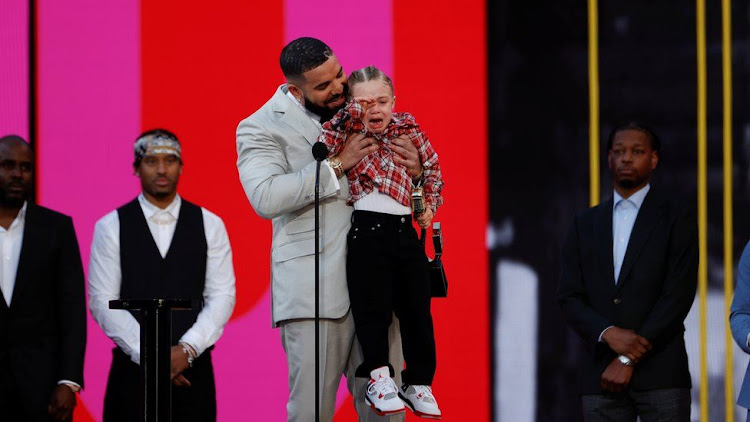 drake with his son Adonis

Drake's son Adonis made a surprise appearance at Sunday's Billboard Music Awards, joining his father onstage as he won an artist of the decade prize.

The rapper, 34, gripped his son's shoulder throughout his speech, before hoisting him into the air and saying: "I want to dedicate this award to you."

The three year old burst into tears, and left the stage clinging to his father's leg.

Among his prizes were best artist; top Hot 100 album for After Hours; and top Hot 100 song for Blinding Lights.

The star, whose real name is Abel Tesfaye, more than doubled his career total of Billboard Music Awards, having previously received nine trophies.

The band are now just one year short of equalling Justin Bieber's six-year hold on the social award from 2011- 2016. 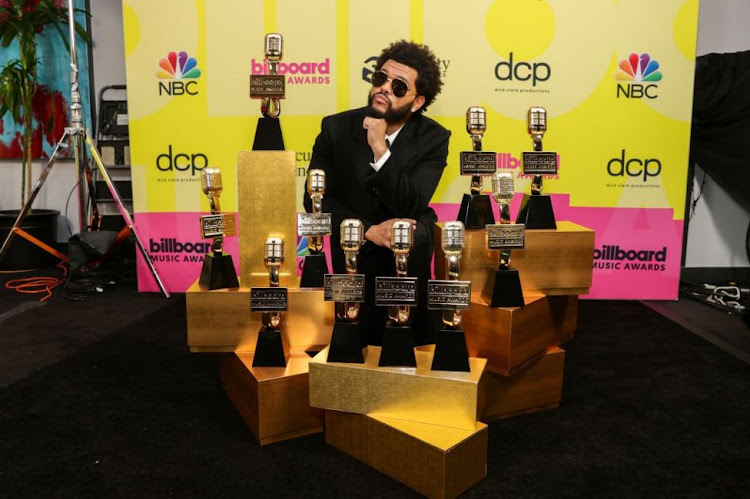 Pop Smoke, who died in February 2020 at the age of 20, won five prizes, including top new artist and top Billboard Hot 200 album, for he posthumously-released Shoot for the Stars, Aim for the Moon.

His mother Audrey Jackson gave an emotional speech as she collected the latter award on his behalf.

"Thank you to the fans for honouring the life and spirit of my son, so much that he continues to manifest as if he were still here in flesh," she said.

"He created music for the kid who has to sleep four in a room, the kid who has to figure out how to get to school each day so he can graduate and make his mom proud. He did this so that 14 year olds would not have to kill to prove they are somebody."

"That is the irony in this," she added. "So thank you to the Billboard Awards leadership for honouring my young warrior. Bashar Barakah Jackson, we call your name." 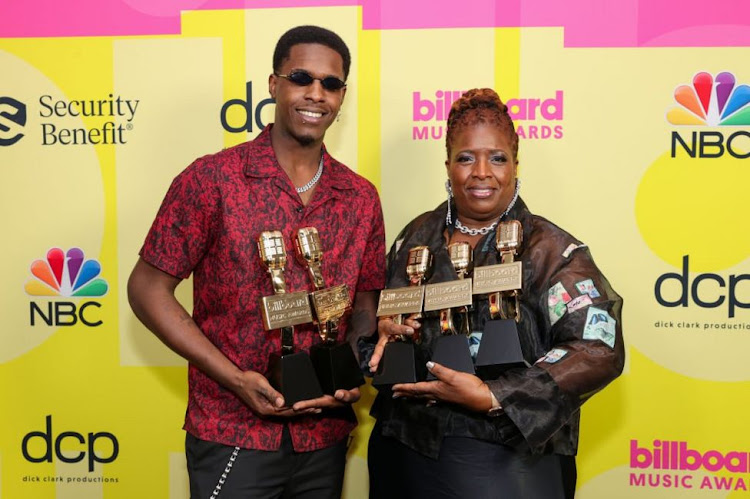