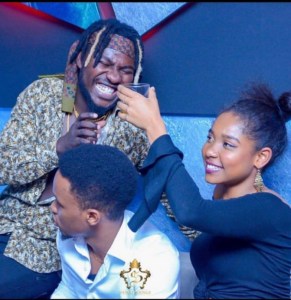 Superstar Nviiri the storyteller has refuted claims that his relationship with Elodie Zone is over.

Speaking in an interview with Milele FM's Ankali Ray, Nviiri said the two just had a 'small fight' and that he would never leave his 'golden' Elodie for anyone else.

"Hatujaachana, hujaona kwa Instagram bado tunapostiana..vita ndogo zisiwatishe.” Nviiri said. (We haven't broken up, haven't you seen we are still posting each other on Instagram? Do not let our small fights bother you.)

He even dared to post a photo of them together just to silence the doubters.

Hali ya vita hapa kidogo kidogo dhahabu huachi dhahabu, ni ngumu kupata dhahabu hapa nje huiachi tu ivo." (It was a matter of a small fight you don't leave gold since it is hard to find gold out here and you just don't leave it that easily.)

Asked whether he probably cheated he said he wouldn’t even get the time to do so.

Nviiri also dodged the question on when the two would walk down the isle and instead said the two are working on a few releases soon. 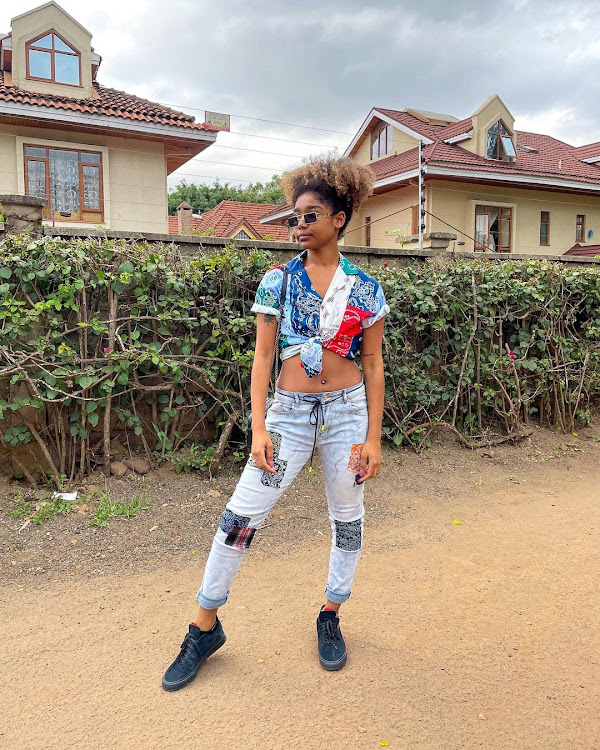 A few days ago Elodie alleged that Nviiri had subjected her to emotional and physical abuse.

However, today she came out to set the record straight.

"Nviiri and I came to coast with our friends to unwind, relax and make peace with each other.

When I made my post it was fueled by tension and an afternoon of a few too many drinks.

Neither one of us thought it would be blown out of proportion the way it has been. Blogging sites and bloggers have also began to spread misinformation and this is affecting our careers and family lives.

We are both moving forward with full respect and peace and plan on continuing the year focused on our work lives only. Kindly be considerate of the situation and do not send hate to him or myself.

I'm sorry if this has painted us to be something we aren't. Good content, clothing and music will continue coming from us and our teams."