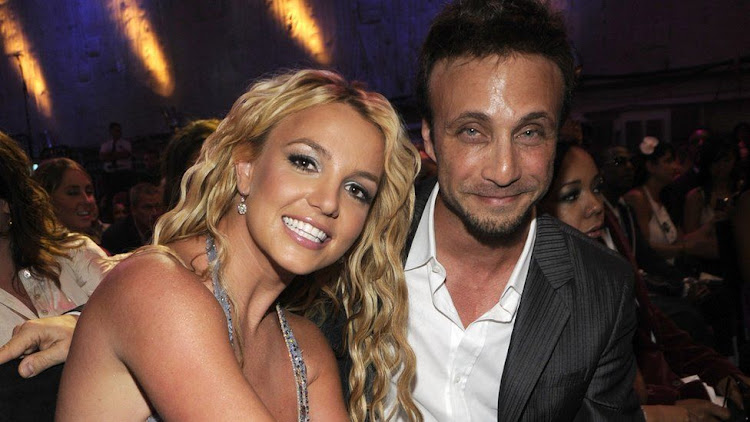 Larry Rudolph, pictured with Britney at the 2008 MTV Awards, has managed the star for almost the entirety of her career
Image: BBC

The man who has guided Britney Spears' career for the last 25 years is stepping down as her manager.

Larry Rudolph, who helped Spears secure her first recording contract, said the star's "intention to officially retire" had prompted him to resign.

The move comes two weeks after Spears told an LA judge that she had been forced to perform against her will.

She is currently seeking to end a conservatorship that has governed her life and finances since 2008.

Rudolph announced his intention to resign in a letter to the star's father, Jamie Spears, and co-conservator Jodi Montgomery.

"It has been over two and a half years since Britney and I last communicated, at which time she informed me she wanted to take an indefinite work hiatus," he wrote.

"Earlier today, I became aware that Britney had been voicing her intention to officially retire. As her manager, I believe it is in Britney's best interest for me to resign from her team as my professional services are no longer needed."

Rudolph noted that he had "never been a part of the conservatorship nor its operations, so I am not privy to many of these details," but said he was "incredibly proud of what we accomplished over our 25 years together".

"I wish Britney all the health and happiness in the world, and I'll be there for her if she ever needs me again, just as I always have been," he concluded.

Rudolph has been Spears manager for almost the entirety of her career, ever since her mother, Lynne Spears, asked his opinion about Spears' singing voice.

At that time, he was a music industry lawyer, representing clients including the Backstreet Boys, Justin Timberlake and Jessica Simpson. But he was so impressed by what he heard that he took Spears under his wing, and presented the then-15-year-old to record labels in New York, eventually securing her a deal with Jive.

He then guided the teenager to global stardom, with hits like ...Baby One More Time, Ooops! I Did It Again and Toxic.

Although he stepped aside briefly in 2007 and 2008, he returned to Spears' side after a series of public incidents led to her being placed under a conservatorship, and helped her revitalise her career with a string of successful albums and a lucrative Las Vegas residency.