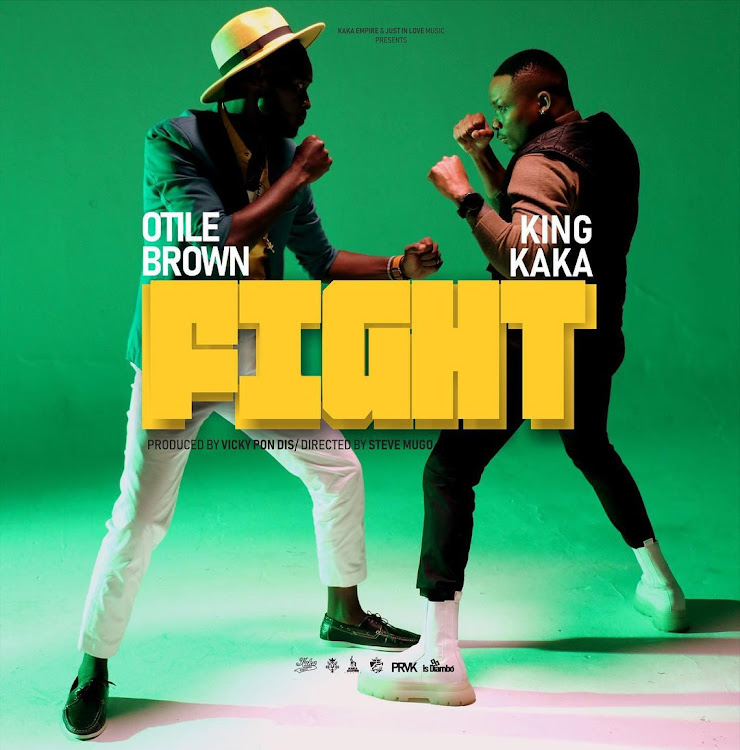 It has been four years since King Kaka and Otile Brown joined forces in 'alivyonipenda' jam.

Today the legendary music heavyweights have rolled back the years with 'fight' another banger which is set to shake the music industry.

Check out fight below;